Around 100 bodies were found Friday in a mass grave on the edge of a town in northeast Nigeria after it was freed from Boko Haram Islamists, a Chadian army spokesman told AFP. Soldiers discovered the bodies — some decapitated — under a bridge just outside Damasak, which was retaken from Boko Haram on March 9 by troops from Chad and Niger. Colonel Azem Bermandoa Agouna claimed the massacre probably occurred about two months ago, and said: “This is the work of Boko Haram.” It was, however, impossible to verify the claim independently. Chad and Niger launched a vast air and ground offensive against Boko Haram in the area on March 8, quickly taking Damasak from the Nigerian Islamist militants.

There are heads here and bodies there, the mass grave has become like a termite mound.

Meanwhile, Nigerian President Goodluck Jonathan has said that he hoped that the territories held by Islamist militant group Boko Haram will be retaken within a month as they are getting “weaker and weaker” by the day. However, Jonathan, who is due to face election in a week, admitted that the response to the militants’ initial advance in north-east Nigeria had been too slow, reported the BBC. Backed by neighbouring countries Chad, Niger and Cameroon, Nigeria’s army has retaken many towns and villages previously held by militants. President Jonathan’s government has been criticized in the past for its failure to tackle insurgency. 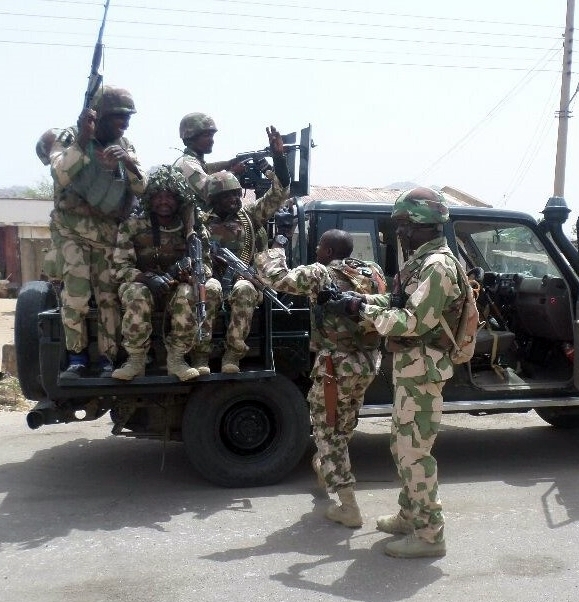