On the eve of the day marking the centenary of the Ottoman massacres of Armenians, Turkey’s president said Thursday his nation’s ancestors never committed genocide. Britain’s Prince Charles and the prime ministers of Australia and New Zealand were among dignitaries attending the event, which was part of a series of ceremonies marking the centenary of the World War I Gallipoli campaign. Hundreds of Erdogan’s supporters also attended, boisterously cheering and applauding his words and giving the event the feel of a campaign rally six weeks before Turkey’s elections.

… acts committed with intent to destroy, in whole or in part , a national, ethnical, racial or religious group

Turkey has lobbied fiercely to prevent countries from recognizing the massacres as genocide. It recalled its ambassador to the Vatican after Pope Francis used the term and its ambassador to Austria after lawmakers in Vienna did so too. And Germany could be next: President Joachim Gauck said Germany bore partial blame for the “genocide." Modern Turkey rejects the claim, arguing that 300,000 to 500,000 Armenians and as many Turks died in civil strife when Armenians rose up against their rulers and sided with invading Russian troops. The Armenian Church, meanwhile, on Thursday conferred sainthood on some 1.5 million Armenians in a ceremony is believed to be the biggest canonisation service in history. 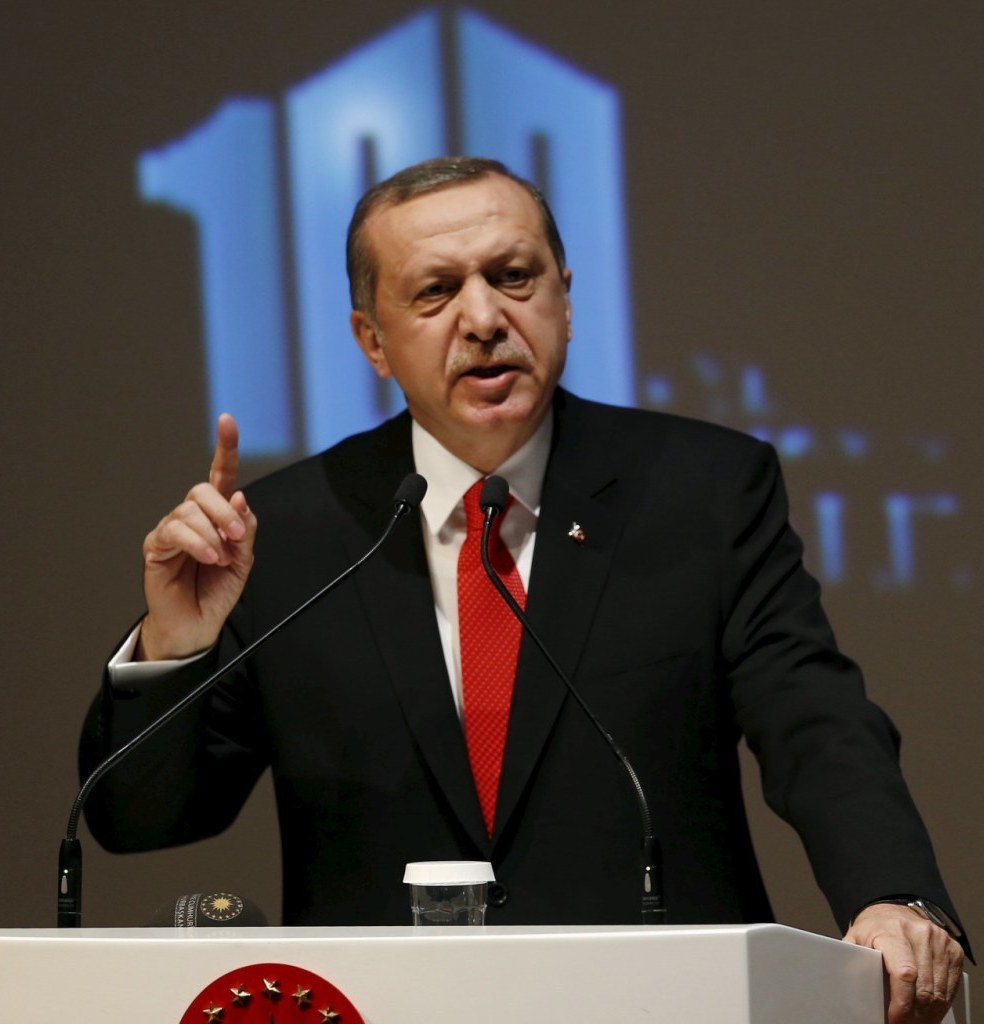