12 whales die after beaching themselves in Western Australia harbour

Twelve whales died on Monday after stranding themselves against a rocky breakwater on Australia’s east coast. The long-finned pilot whales got into trouble in Bunbury harbour, 175 kilometres south of Perth, Western Australia. Four were rescued and a spokesman said: “The four animals that were released split into two groups and we’ve got small boats are accompanying them.”

The goal will be to try and get those four back together again as a small group and possibly rendezvous with the 15 animals seen … about 150 metres offshore.

The dead whales have all been removed from the water to discourage sharks from coming into the area. ”That was one of the reasons we moved quickly to extract all the dead carcasses out of the water and onto the beach to try and minimise that risk,” said spokesman Kim Williams said. Tissue and blood samples are being taken from the dead animals for research. A decision has not yet been made on what will happen to the carcasses. 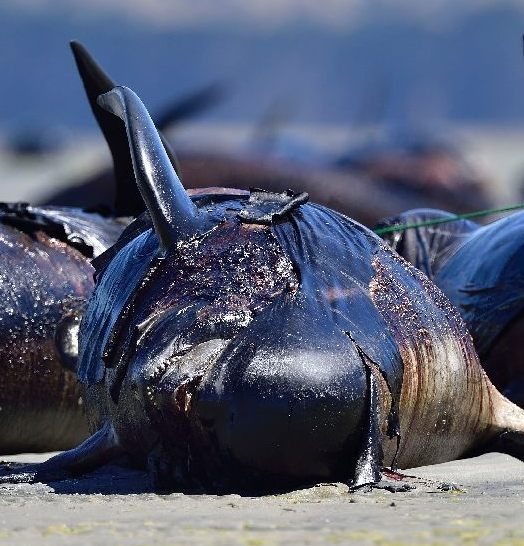