A 200-year-old stoneware seltzer bottle recently recovered from a shipwreck at the bottom of the Baltic Sea contains alcohol, according to the results of a preliminary analysis. Researchers discovered the well-preserved and sealed bottle in June while exploring the so-called F53.31 shipwreck in Gdansk Bay, close to the Polish coast. Preliminary tests show the bottle contains a 14 per cent alcohol distillate, which may be vodka or a type of gin called jenever, most likely diluted with water.

The bottle dates back to the period of 1806-1830 and has been recovered during the works on the F53.31 shipwreck, or the so-called Glazik, which in Polish means a small rock.

The chemical composition of the alcohol corresponds to that of the original brand of “Selters” water engraved on the bottle, according to the National Maritime Museum in Gdansk, Poland. The bottle is embossed with the word “Selters,” the name of a supplier of high-quality carbonated water from the Taunus Mountains area in Germany. Water from Selters was discovered about 1,000 years ago, which makes it one of the oldest types of mineral water in Europe, and one whose alleged health benefits are legendary.

It would not cause poisoning. Apparently, however, it does not smell particularly good. 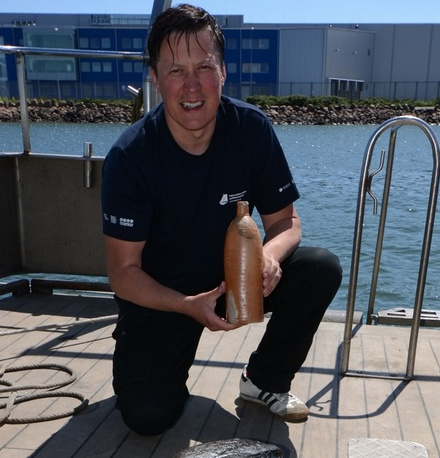