More than 20 soldiers have been killed in a surprise attack in which fighters used speedboats in a failed bid to seize some of Libya’s main oil terminals. Fighters launched an attack on al-Sidra port by firing rockets from speedboats, setting an oil tank on fire. Soldiers damaged three of the vessels before clashes in which the fighters were eventually repelled. Al-Sidra is in the “oil crescent” region that has been the scene of recent fighting between government forces and the Fajr Libya armed group.

These speedboats had fired several rockets at the terminals of Ras Lanuf and al-Sidra and one of them hit a tank south of al-Sidra port which then caught fire.

Clashes were also reported from Sirte, a city west of al-Sidra. While four soldiers died in al-Sidra, military and medical sources said 18 soldiers and a Fajr Libya fighter were killed in the clashes in Sirte. Most of the dead soldiers belonged to the 136th battalion responsible for monitoring a power plant west of Sirte. Libya has had two governments and parliaments since a group called Libya Dawn seized the capital in August, installing its own Prime Minister and forcing Abdullah al-Thinni, to operate out of the east with the elected House of Representatives. 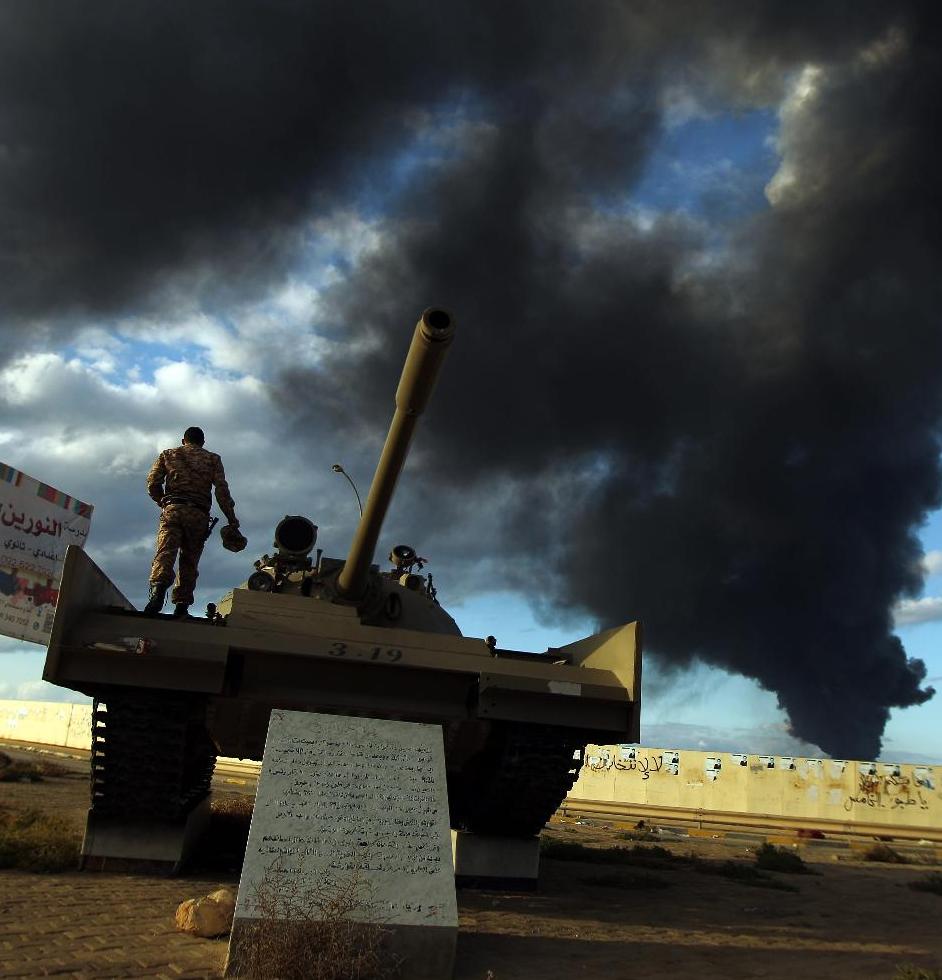