Chinese state media said Sunday that 37 civilians and 59 “terrorists” had been killed in an attack earlier in the week in Xinjiang, home to China’s mainly Muslim Uyghur minority (pictured above). The total toll makes the incident by far the bloodiest since rioting involving Uyghurs and members of China’s Han majority killed around 200 people in the regional capital Urumqi in 2009. Police had arrested 215 “terrorists” while 13 civilians were also wounded in Monday’s attack on a police station and government offices in Shache county, or Yarkand in the Uighur language, in Kashgar prefecture, according to the official Xinhua news agency. In its report Sunday, Xinhua said that 35 of the dead civilians were Han Chinese while two were Uyghurs.

A gang armed with knives and axes attacked a police station and government offices [with some later moving on to another township], attacking civilians and smashing vehicles as they passed.

The official account was immediately disputed by the U.S.-based Uyghur American Association, which represents the prevalent ethnic group in Xinjiang. It quoted local sources as saying police opened fire on people protesting Chinese security forces’ crackdown on Muslims during Ramadan, killing more than 20. Neither version could be independently verified. Violence has erupted repeatedly over the past year in Xinjiang as Uyghurs bristle under what they say is heavy-handed Chinese policies. 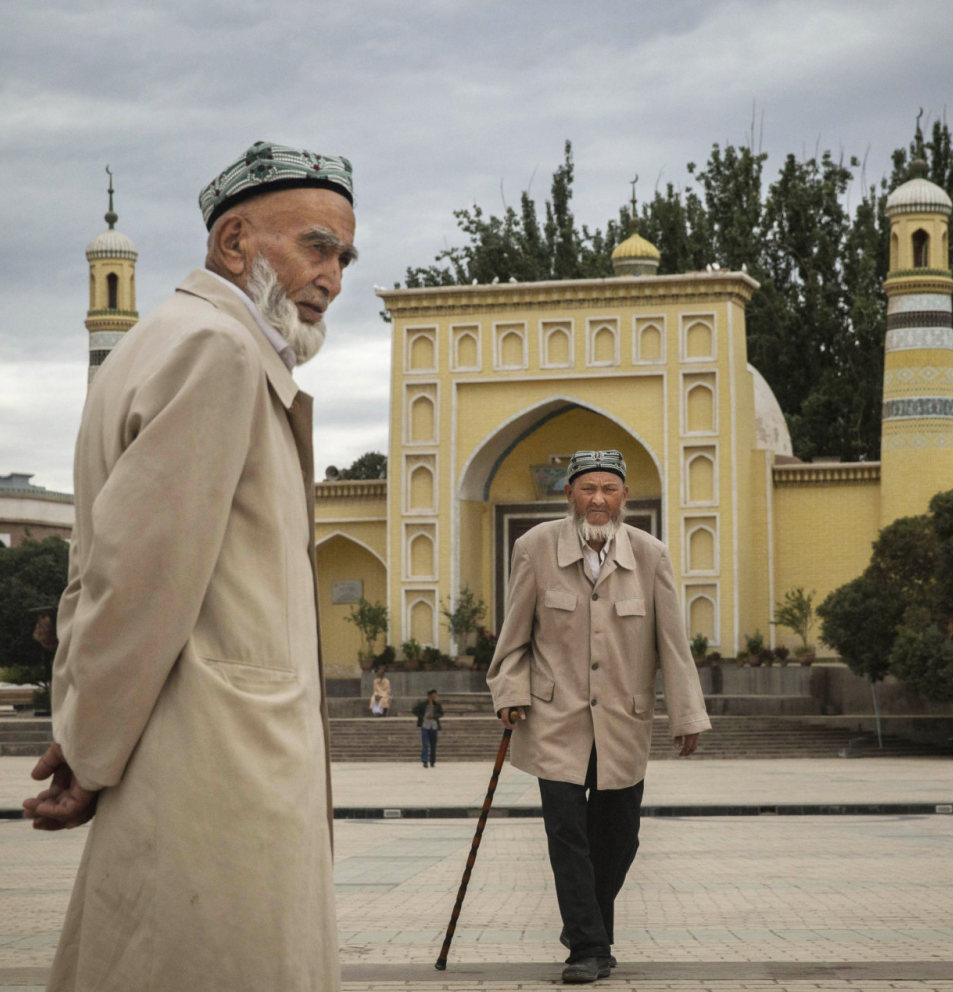