At least 10 people were killed Sunday after a fresh strike hit near the entrance to a UN school in southern Gaza that was sheltering Palestinians displaced by an Israeli military offensive, medics said. At least one UN staffer has been killed in the strike. Witnesses said the attack happened while people were waiting in line for food supplies. The Israeli military had no immediate comment. In a chaotic scene inside the compound of the UN school, several bodies, among them children, were strewn across the ground in puddles of blood. Bloody footprints stained the ground where people had rushed the wounded into ambulances.

The attack is yet another gross violation of international humanitarian law, which clearly requires protection by both parties [of civilians].

This is the third time in 10 days that a UN school had been hit. The strike comes four days after Israeli tank shells slammed into a school in the northern town of Jabaliya, killing 16 in an attack furiously denounced by UN chief Ban Ki-moon as “reprehensible”. At least six UN facilities, including schools sheltering the displaced, have been struck by Israeli fire since the conflict began, drawing international condemnation. In each case Israel has said it was responding to militants launching rockets or other attacks from nearby. 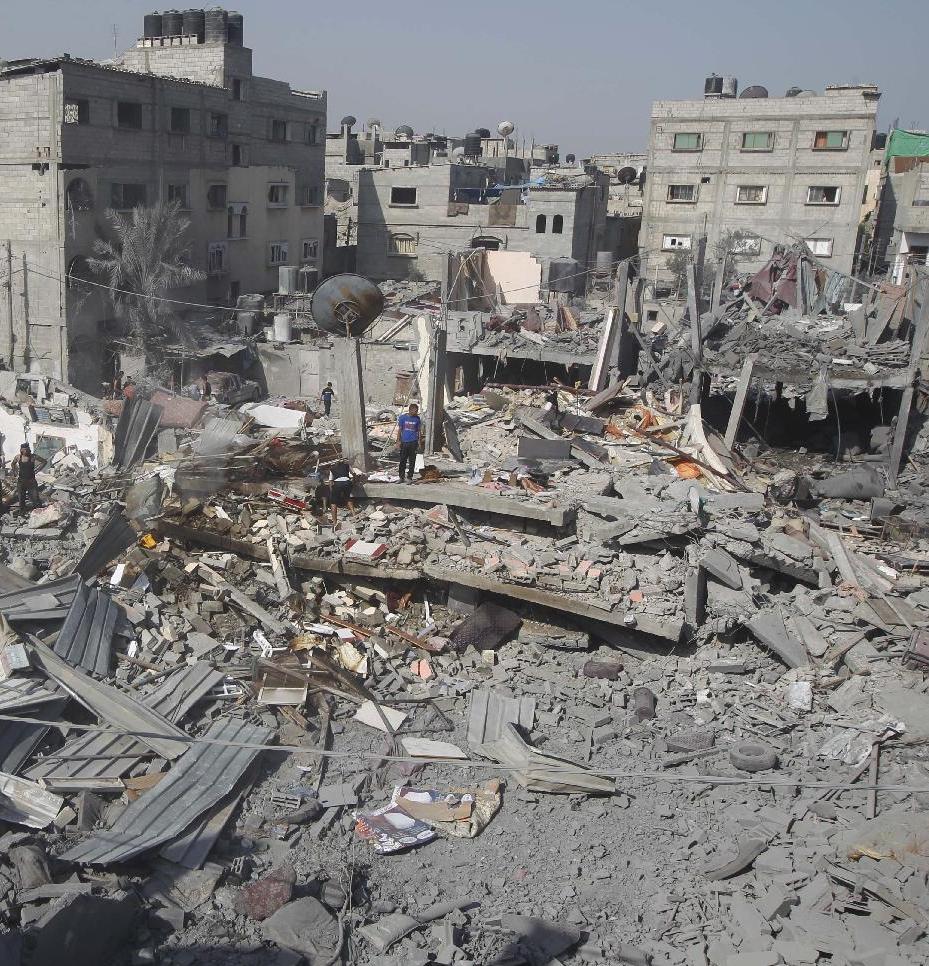