The number of enslaved fishermen found on a remote Indonesian island has now reached nearly 550, after a fact-finding team returned for a single day to make sure no one had been left behind nearly a week after more than half of the men were removed in a dramatic rescue.Many of the 210 identified Thursday were Burmese who wanted to leave, but there were a few holdouts — men who claimed they were owed years of back pay from their bosses, said Steve Hamilton, deputy chief of mission at the International Organization for Migration in Jakarta. An in-depth investigation by The Associated Press published last month led to the discovery of massive rights abuses in the island village of Benjina and surrounding waters.

It is up to governments to protect the rights of the citizens and to bring them back out of bondage. That is the most obvious and very simple solution and unavoidable duty of any responsible government.

Many of the men interviewed said they were tricked or even kidnapped before being put on boats in Thailand and taken to Indonesia. They were forced to work almost non-stop under horrendous conditions, some brutally beaten by their Thai captains when they were sick or caught resting. Last week, Indonesian authorities rescued around 330 migrants from Benjina, bringing them to the island of Tual, where they are now being sheltered by the government. Those found Thursday by a team, which included Myanmar officials, remain in Benjina. It’s unclear who will pay for the mass repatriation. A former slave now in Tual said conditions were relatively good there. He said the men are getting medical care and enough to eat, but their living quarters are cramped and many do not have a change of clothes since they left quickly with only what they were wearing. 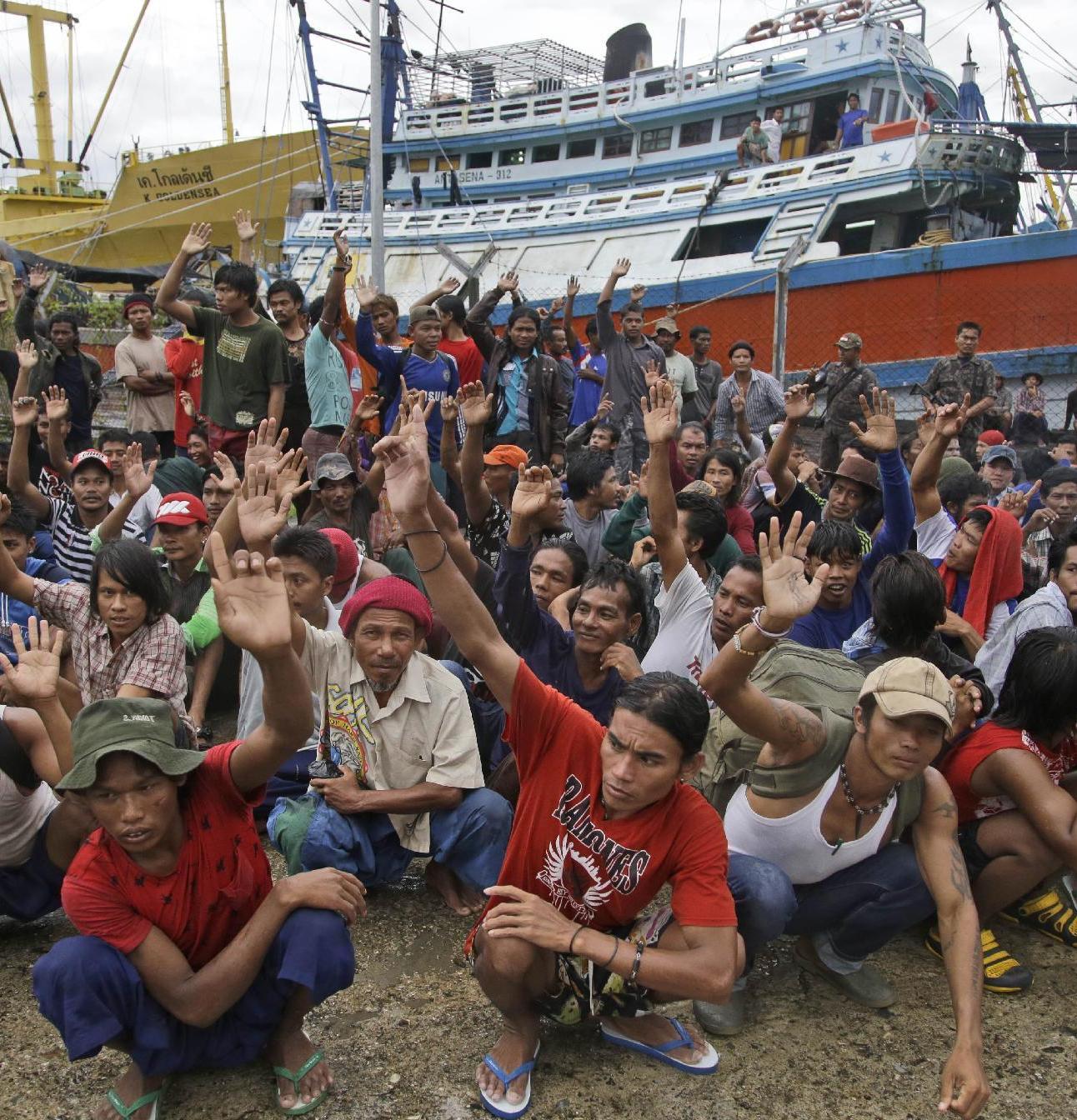