'A city with a broken heart': Royals pays tribute as Glasgow victims named

Three of the six victims killed when a bin lorry careered out of control through Glasgow were an elderly couple and their granddaughter. Jack Sweeney, his wife Lorraine, 69, and Erin McQuade, 18, died on Monday after the council vehicle drove through a street full of Christmas shoppers. The three other victims have been identified as Gillian Ewing, 52, from Edinburgh; Stephenie Tait, 29, from Glasgow and Jacqueline Morton, 51, from Glasgow. A large cordon remains in place near the scene of the crash and dozens of floral tributes have been placed nearby, including by Scotland’s First Minister Nicola Sturgeon and Glasgow City Council leader Gordon Matheson.

Our thoughts and prayers go to the families of those who have lost loved ones and to those who have been injured.This sad event is made even more difficult as it comes at Christmas time. I send my condolences to all the people of Glasgow.

Ten people were injured in the crash, with six people, including the driver of the bin lorry, still being treated in Glasgow hospitals. It is thought the driver might have fallen ill at the wheel as he travelled up Queen Street and his vehicle hit a pedestrian outside the Gallery of Modern Art. The truck continued, hitting several other people and coming to a halt only when it crashed in to the side of Millennium Hotel in George Square. A Glasgow City Council spokeswoman said there were two other crew members on the lorry at the time of the crash, but the condition of the two men was not known. Police are appealing for anyone who took pictures or video of the accident to contact them..

This morning it’s a city with a broken heart but it will get through this as it got through the Clutha (helicopter) tragedy. 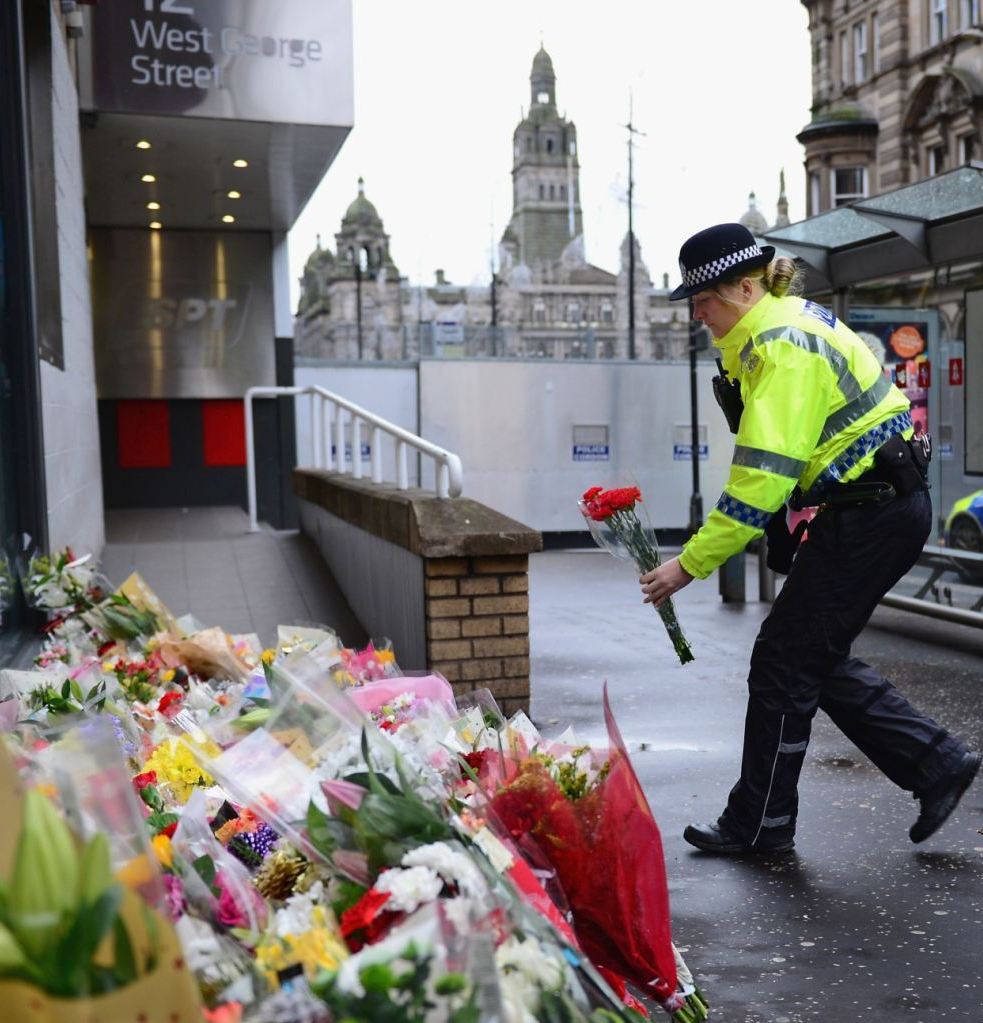