A flavour out of favour: Dog meat demand fading in South Korea

On three “dog days,” which are among the hottest times of the year, many South Koreans queue for a dish of shredded dog meat and vegetables in hot red soup, believing it gives strength to bear the heat. But this Friday, Daegyo, Seoul’s most famous dog meat restaurant, will serve its last bowl of boshintang, or dog stew. The change in menu is a reflection of the challenges facing a trade that is neither legal nor explicitly banned under South Korean laws governing livestock and food processing. Young South Koreans grow up watching TV shows about raising puppies and other pets, which sapped appetite for dog meat, according to the owner of Daegyo.

There is too much generational gap in boshintang. There are no young customers.

There is no official data on the dog meat industry, but people who raise dogs as livestock or supply dog meat to diners say its consumption is in decline. Butcher Shin Jang-gun who supplies dog cuts to restaurants said the number of merchants in the dog meat trading business has shrunk to half of what it was. His father sold only dog meat for several decades. After Shin inherited the butcher shop in southern Seoul in 2002, he added goat meat to offset declining dog meat sales.

Dog is not an industry with a long-term future. New generations don’t eat a lot. 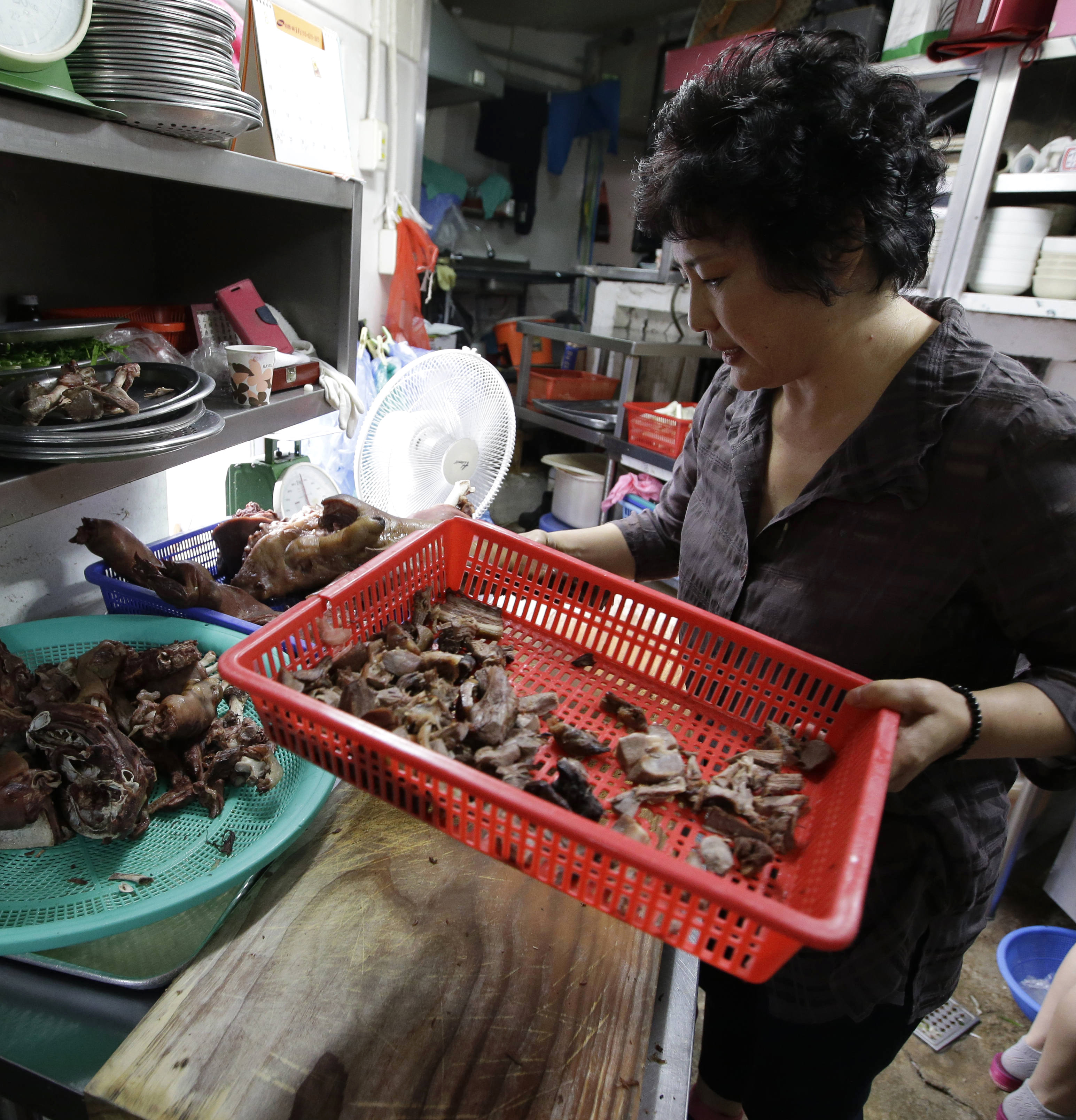