You’ll need a head for heights to tackle this adrenaline-fuelled challenge—the world’s largest urban zip line attached to 244-metre buildings. The stomach-churning line from the White Tower skyscraper in Panama City stretches 610 metres across the city. Brave base-jumpers glide across the terrifying gap before releasing parachutes four seconds into the speedy decline.

Ever since I was a little kid, I was borrowing my parents cameras to get the shot that no one else could.

The idea came from extreme cinematographer Devin Graham, 31 (DevinSuperTramp)—who has picked up a huge following through various social media outlets. The extreme sports stuntman boasts of 2.3 million YouTube subscribers and has generated over 390 million views on site. To capture the stunt—organised with deodorant firm Speed Stick—cameras were placed on the floor, attached to different buildings and a helicam was also used. 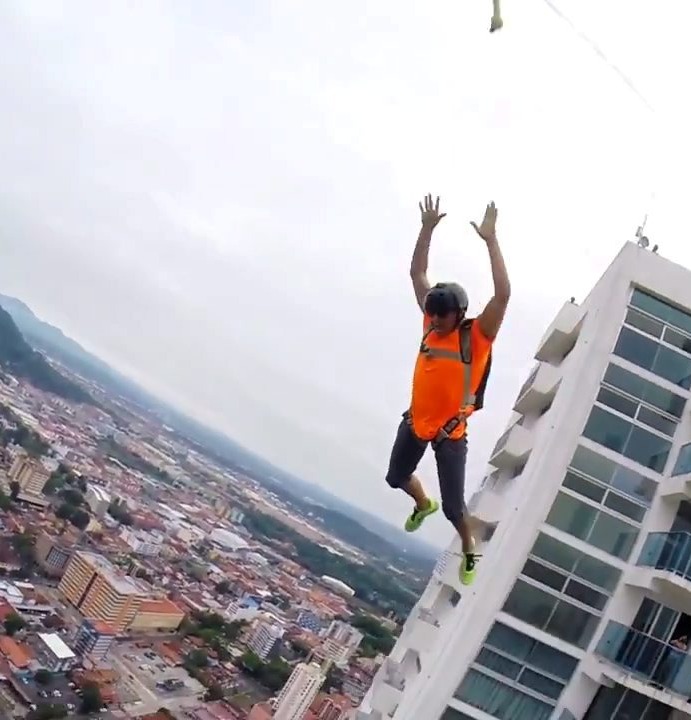