A judge dismissed murder charges Saturday against former President Hosni Mubarak and acquitted his security chief over the killing of protesters during Egypt’s 2011 uprising, crushing any hope of a judicial reckoning on behalf of the hundreds victims of the revolt that toppled him. Yet instead of outrage, a largely muted initial reaction greeted the decision in an Egypt where unlicensed protests draw stiff prison terms and many remain fearful over their security four years after the nation’s Arab Spring revolt. Some 2,000 young people protested the verdict near Cairo’s Tahrir Square, the birthplace of the 2011 uprising closed off Saturday by soldiers and police, though open a day earlier despite widespread fears of violent Islamist protests.

The verdict hit us like bullets. I consider that my son Ahmed died today.

Many Egyptians who lived through Mubarak’s rule view it as a period of autocracy and crony capitalism and considered it a victory to see him behind bars. His overthrow led to Egypt’s first free election but the winner, Mohamed Mursi, was ousted last year by then-army chief Abdel Fattah al-Sisi, following protests against his rule. Sisi, who went on to win a presidential election in May, launched a crackdown on Mursi and his Muslim Brotherhood. Mubarak-era figures are slowly being cleared of charges and a series of laws curtailing political freedoms have raised fears among activists that the old leadership was regaining influence. Saturday’s verdict was seen as the latest sign by activists the rights won in 2011 were being eroded. 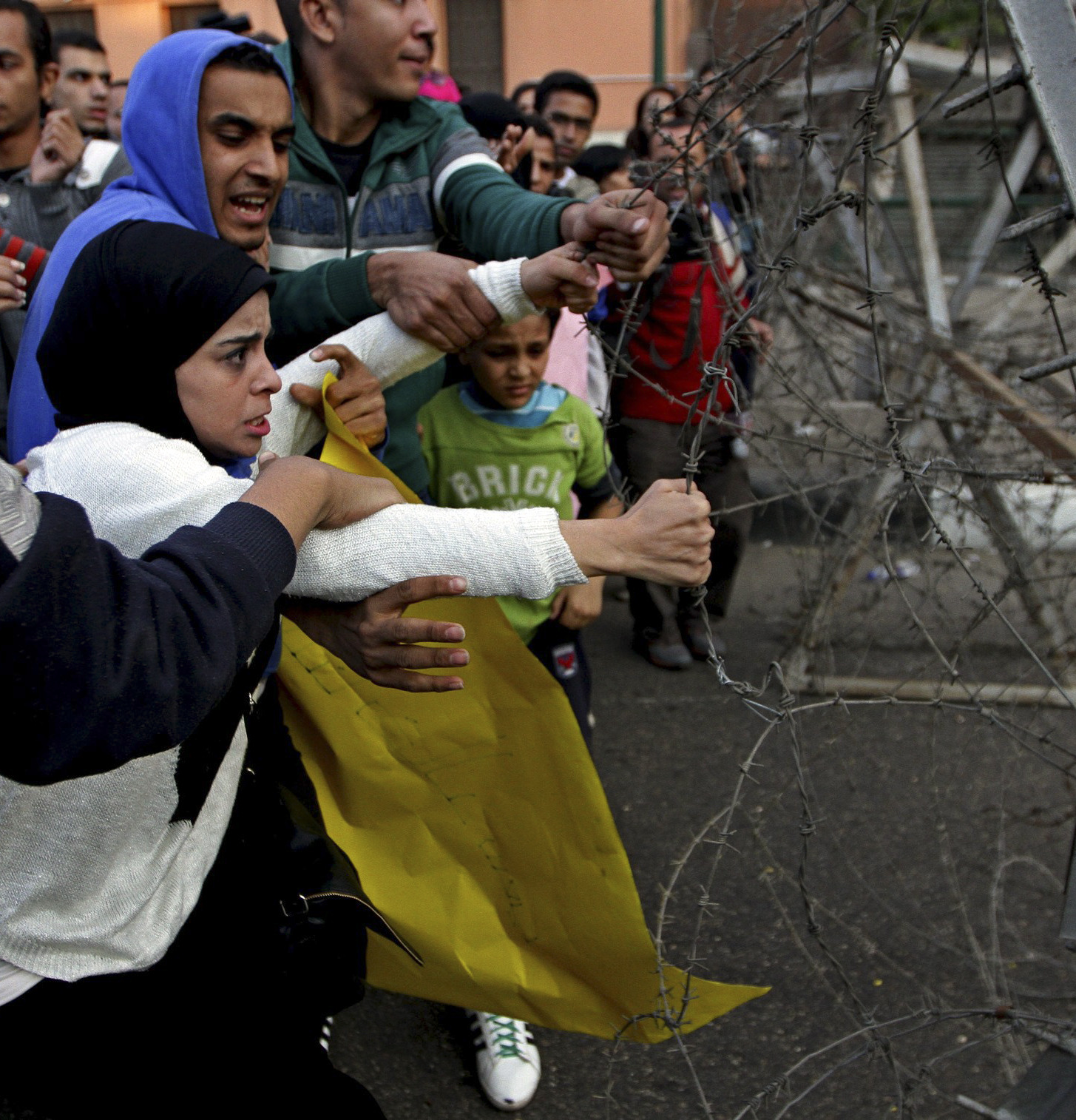