As bad business decisions go, it may sit alongside music executive Dick Rowe turning down then-unknown band The Beatles in 1962. Airbnb’s co-founder Brian Chesky has revealed that a 10% stake in the short-term lettings startup was offered to seven different investors for just $150,000 (£96,900) in 2008 - but none of them took up the offer. Today that stake would be worth $2.4bn (£1.6bn). Mr Chesky revealed five rejection messages in a blog post on Medium.com, saying: “Next time you have an idea and it gets rejected, I want you to think of these emails.”

We’ve not been able to get excited about travel related businesses.

One of the rejections received by Airbnb boss Brian Chesky

However, one said the “market opportunity” was too small. The unnamed investor wrote: “We’ve had a chance to discuss internally, and unfortunately don’t think that it’s the right opportunity for (redacted) from an investment perspective.” Two investors did not respond at all. All of the company names were redacted by Mr Chesky. Airbnb was founded in San Francisco in August 2008 and allows people to rent out their spare rooms or apartments to vetted customers for short-term periods. It is valued at an estimated $24bn (£16bn) and investors include Ashton Kutcher.

The potential market opportunity did not seem large enough for our required model. 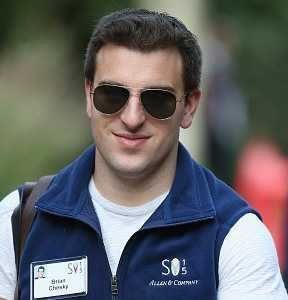