Al-Qaida has threatened to murder a British-born photographer held hostage by the extremist Islamic group, according to a terrorist monitoring organisation. Luke Somers, an American citizen, was captured in the Yemeni capital Sana’a more than a year ago and now Al-Qaida in the Arabian Peninsula (AQAP) has issued a video (pictured, above) with a message aimed at the U.S. government to kill the hostage if its demands are not met. The video, which the SITE Intelligence Group said had not yet been released publicly, begins with a reading in Arabic from Nasser bin Ali al Ansi, an AQAP official, before Mr Somers appears and gives a statement in English.

My name is Luke Somers. I’m 33 years old. I was born in England, but I carry American citizenship and have lived in America for most of my life.

Mr Somers speaking in the video

Al Ansi gave the U.S. government three days to meet the demands or “otherwise, the American hostage held by us will meet his inevitable fate”. The three-minute video also features Ansi speaking about American activity in Afghanistan, Somalia and Iraq as well as recent air strikes in Syria. It follows similar videos by another extremist militant group, Islamic State (IS), which has already killed two British hostages and three American hostages in videos released on social media. IS has posted a series of videos online showing the separate murders of U.S. journalists James Foley and Steven Sotloff, U.S. aid worker Peter Kassig and two British aid workers, David Haines and Alan Henning. 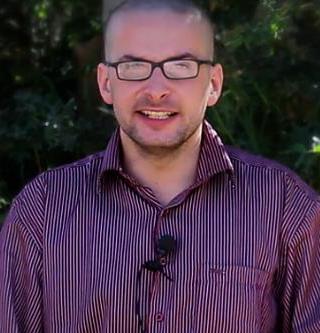