Putin tells Russians: The West wants to carve us up like Yugoslavia

Vladimir Putin says Russia’s “enemies of the past” are seeking to carve up his country like Yugoslavia. In his annual State of the Nation speech the Russian President criticised sanctions imposed by the West, saying they are an attempt to undermine Russia. He said: “There is no doubt they would have loved to see the Yugoslavia scenario of collapse and dismemberment for us - with all the tragic consequences it would have for the peoples of Russia. This has not happened. We did not allow it.” Mr Putin has faced fierce criticism from the international community over Russia’s role in the crisis in Ukraine but he defended Russia’s actions, saying they are necessary for his country’s survival.

Every time someone believes Russia has become too strong, independent, these instruments get applied immediately.

He pledged not to sever ties with Europe but said: “We are ready to meet any challenge of the times and win.” But U.S. Secretary of State John Kerry was quick to respond, urging Mr Putin not to allow Russia to isolate itself “through its own actions.” Just hours before Mr Putin spoke a gun battle broke out in Grozny, capital of Chechnya, where Russia has fought two wars since 1994. It left at least ten police officers and nine militants dead. Dozens more people were injured. Mr Putin said he is confident Chechen authorities can deal with the attack. 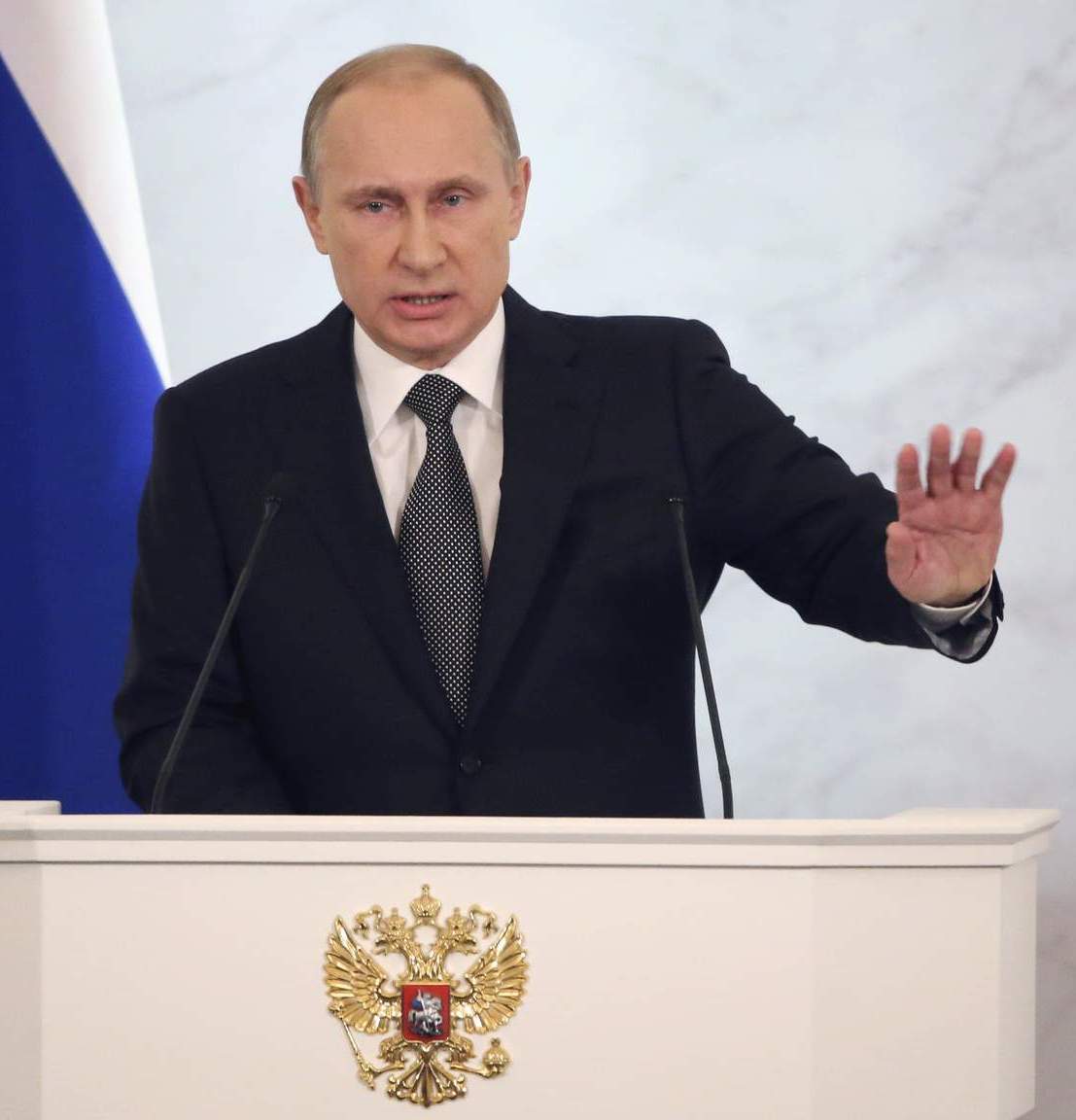