About 50 muddy souls dragged their belongings out of a trash-strewn California creek bed Thursday as police and social-service workers began clearing away one of the nation’s largest homeless encampments, a collection of flimsy tents and plywood shelters in the heart of Silicon Valley. The encampment, which was home to 200 homeless people, stands in stark contrast to its surrounding area in the heart of the Silicon Valley, a region leading the country for job growth, income, innovation and venture capital. For months, social workers have been trying to house camp residents. And four days earlier, they were warned they had until dawn Thursday to leave or face arrest for trespassing.

I just grabbed whatever I could because I don’t want to go to jail … Even a job wouldn’t give me a house.

Al Palaces, a former truck driver who moved in about eight months ago

Many people had trouble dragging their belongings out of the camp through ankle-deep mud. It will take several days for trash trucks and bulldozers to haul out vast amounts of refuse and human waste. Heavy machinery will be used to fill in excavated areas where people had been living underground. Those forced out of the camp known as ‘The Jungle’ ended up alongside a busy San Jose road, startling passers-by who slowed down to watch. A passing motorist shouted at those who had just been evicted.

People drive by and look at us like we’re circus animals. 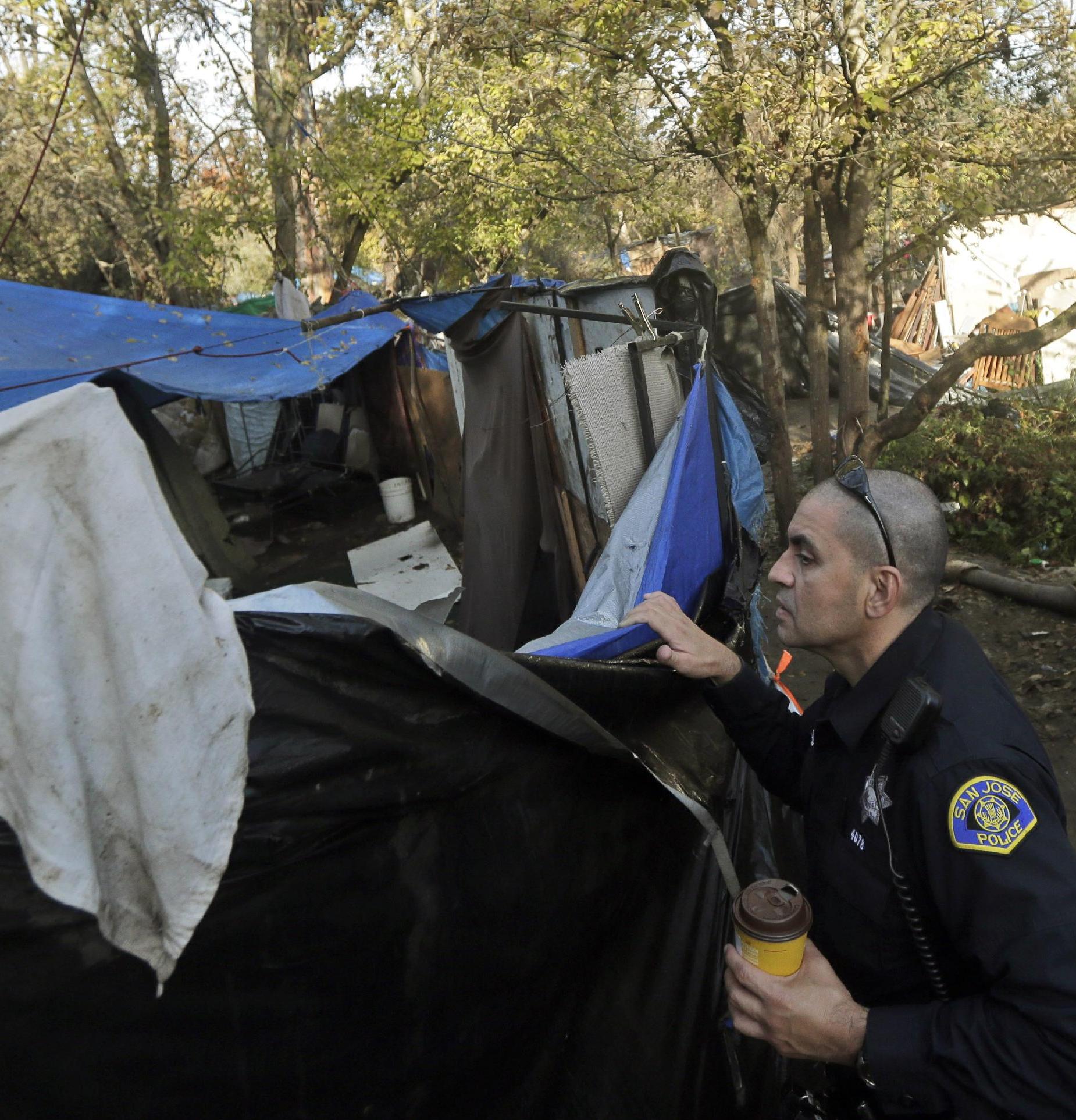