Andy Murray has admitted to feeling “nervous” ahead of his first round match at Wimbledon today, but says he is well prepared to defend his title. The 27-year-old faces Belgium’s David Goffin on Centre Court, one year after becoming Britain’s first men’s singles champion in 77 years. The number three seed says despite feeling some nerves, he has enjoyed his preparation under new coach Amelie Mauresmo.

Always when you come back to a Grand Slam, there’s always nerves and pressure there before you start the event. I feel fairly similar to last year.

Fans began queuing outside the All England Club on Sunday morning, with many hoping to see Murray take victory in his first match. The Scot is under pressure to lift the spirits of British sporting fans after England’s miserable World Cup campaign in Brazil. Asked whether he felt any extra pressure going into this year’s tournament, Murray said: “To be honest, I don’t feel too much different than I did a few days ago.” Temperatures are due to be 24C today, and there is a 20% risk of heavy showers. Britain’s top women’s hope Heather Watson is facing a tough draw against Croatian Ajla Tomljanovic.

I trained hard the last ten days or so. Preparation’s gone well. So it’s now down to me to try and perform on the court. 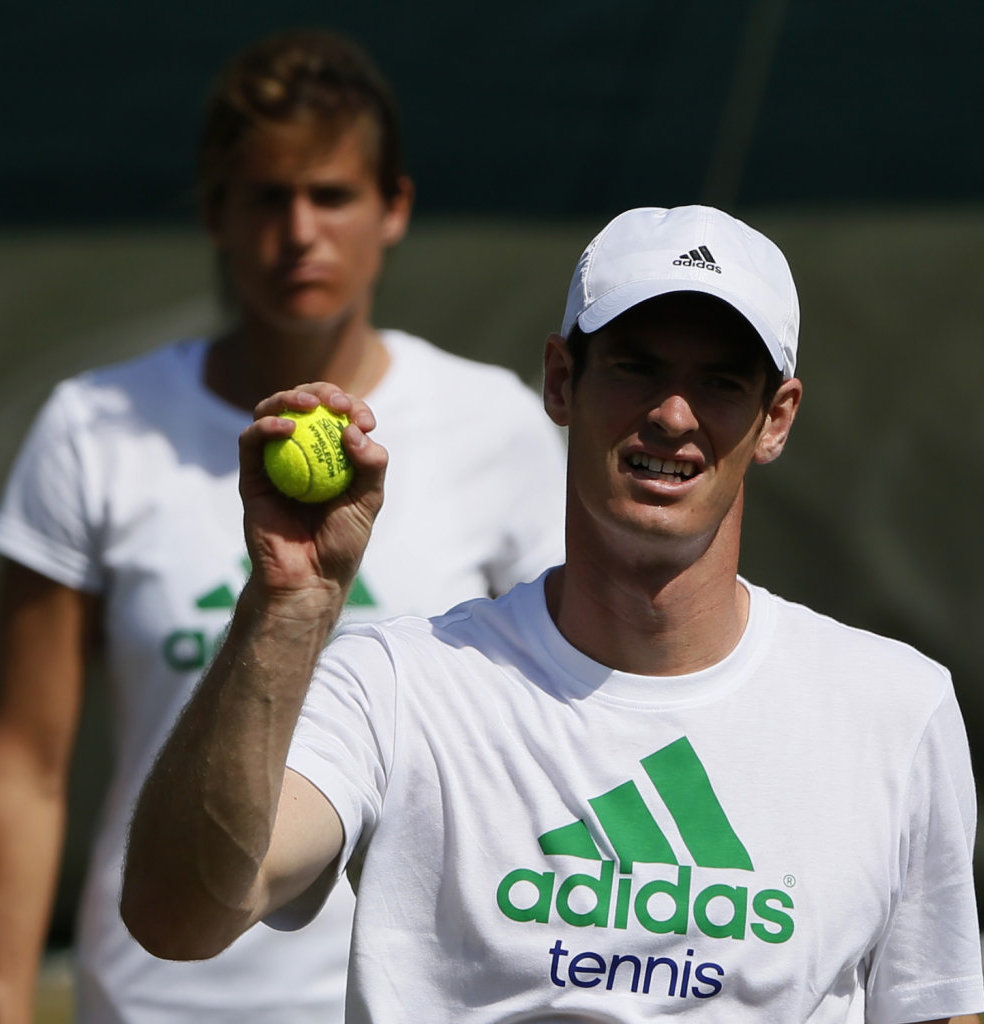