Caged: ‘Shock and dismay’ as Al-Jazeera trio jailed for seven years in Egypt

Three Al-Jazeera journalists have each been jailed for seven years in Egypt after being found guilty of aiding terrorism. Australian Peter Greste, Canadian-Egyptian national Mohamed Fahmy and Egyptian Baher Mohamed were convicted of spreading false news and supporting the Muslim Brotherhood. Mohamed received an additional three years on a separate charge involving possession of weapons. The families of the men—who had denied all the allegations against them in Cairo—collapsed in tears as the sentences were read out.

The case has provoked outrage from freedom of speech activists who say it was politicised. Australian Prime Minister Tony Abbott and U.S. Secretary of State John Kerry were among those who appealed to Egyptian President Abdul Fattah el-Sisi about the case. Kerry talked about “the essential role of a vibrant civil society, free press, rule of law and due process in a democracy.” News organisations from around the world have also called for the trio’s release.

Anyone who watched this trial has seen a complete farce. There was no evidence presented linking these journalists to a “terrorist organisation” or the Muslim Brotherhood. What we’ve seen time and time again these past few months is a judiciary that is less interested in justice than in exacting revenge. 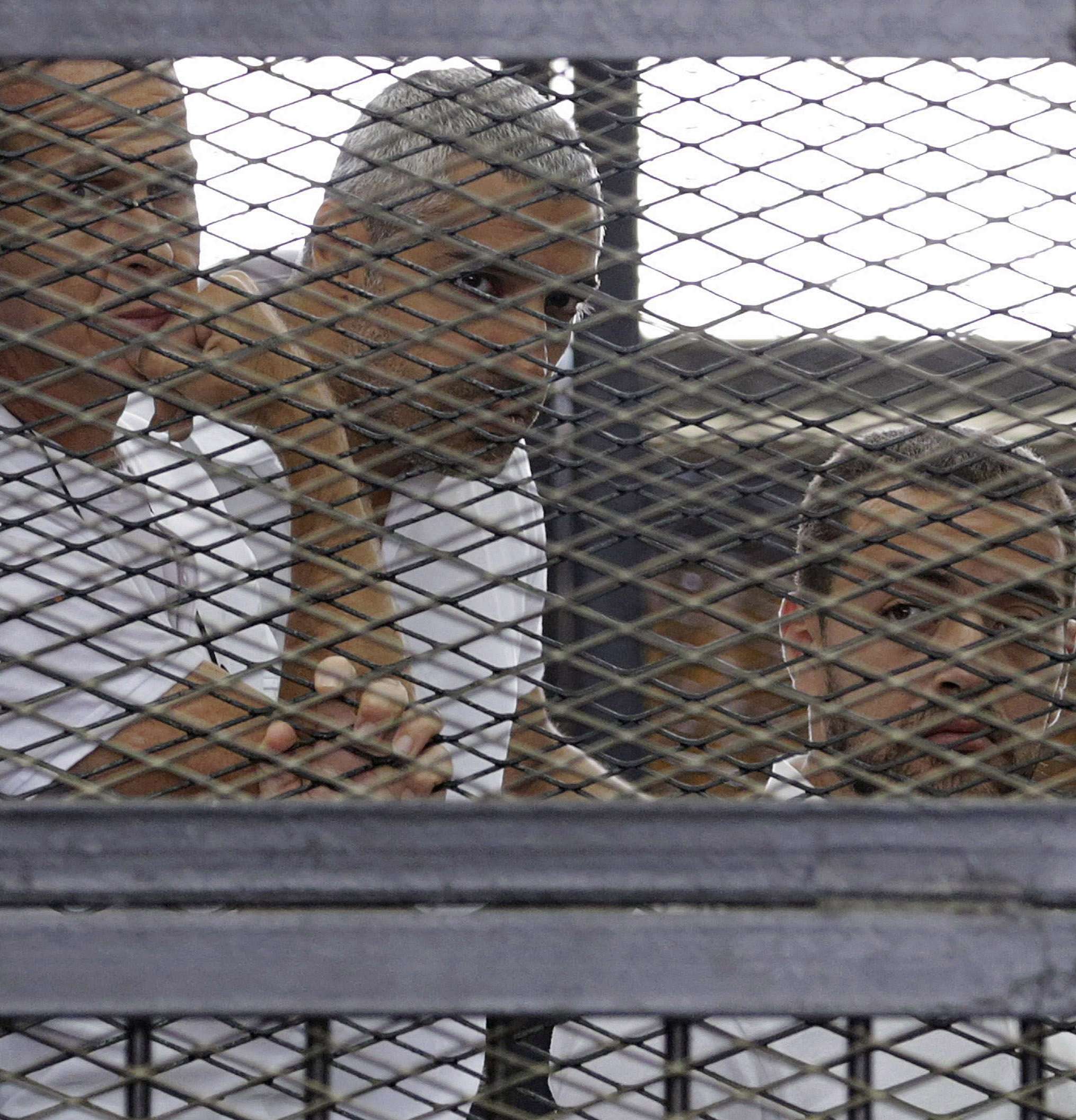