Actress Angelina Jolie on Friday criticized the UN Security Council’s failure to end the war in Syria, as she appealed for urgent help for the growing ranks of Syrian refugees. The Hollywood star spoke at the council in her role as special envoy of the UN High Commissioner for Refugees, which has seen her visit camps hosting victims of the Syrian crisis 11 times.

The purpose of the UN is to prevent and end conflict, to bring countries together, to find diplomatic solutions and to save lives. We failed to do this in Syria.

Jolie fumed at the stalemate, as ambassadors and ministers gathered for a debate on the humanitarian crisis tearing the country apart. The Security Council has been split between Western powers seeking to pressure Damascus and the regime’s allies Russia and China, which both wield veto power. Earlier, UN refugee chief Antonio Guterres and the head of UN humanitarian operations Valerie Amos drew a dark picture of the crisis. With some 220,000 people killed, 7.6 million displaced and 3.9 million refugees, Amos warned that “people have become numb to figures that should every day shock our collective conscience and spur urgent action.”

The crisis is made worse by division and indecision within the international community preventing the Security Council from fulfilling its responsibilities. 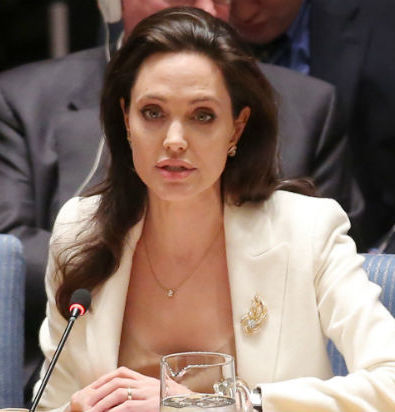