More than 100 Japanese lawmakers on Wednesday paid homage at the Yasukuni war shrine, risking fresh anger from Asian neighbours that fell victim to Tokyo’s aggression last century. A cross-section of parliamentarians paid their respects at the shrine in central Tokyo as part of the spring festival, an AFP journalist witnessed. The shrine honours those who fought and died for Japan, but also includes a number of senior military and political figures convicted of the most serious war crimes. Japanese Prime Minister Shinzo Abe sent a ritual offering on Tuesday to a Tokyo shrine for war dead, just before he hopes to meet Chinese President Xi Jinping on the sidelines of a leaders’ summit in Jakarta.

The Japanese leader must take concrete steps to honour (the country’s) commitment of looking squarely at and reflecting upon its history of aggression, properly handle relevant issues, and win the trust of its neighbours and the international community.

Hong Lei, a spokesman for the China’s foreign ministry

Abe made the offering, a potted tree, a day before a group of lawmakers pay their respects at the Yasukuni shrine. The timing was seen as an attempt to avoid diplomatic embarrassment during Wednesday’s summit. China and South Korea see the shrine as a symbol of what they say is Japan’s unwillingness to repent for its aggressive warring. The United States tries to discourage visits, which it views as unnecessarily provocative. 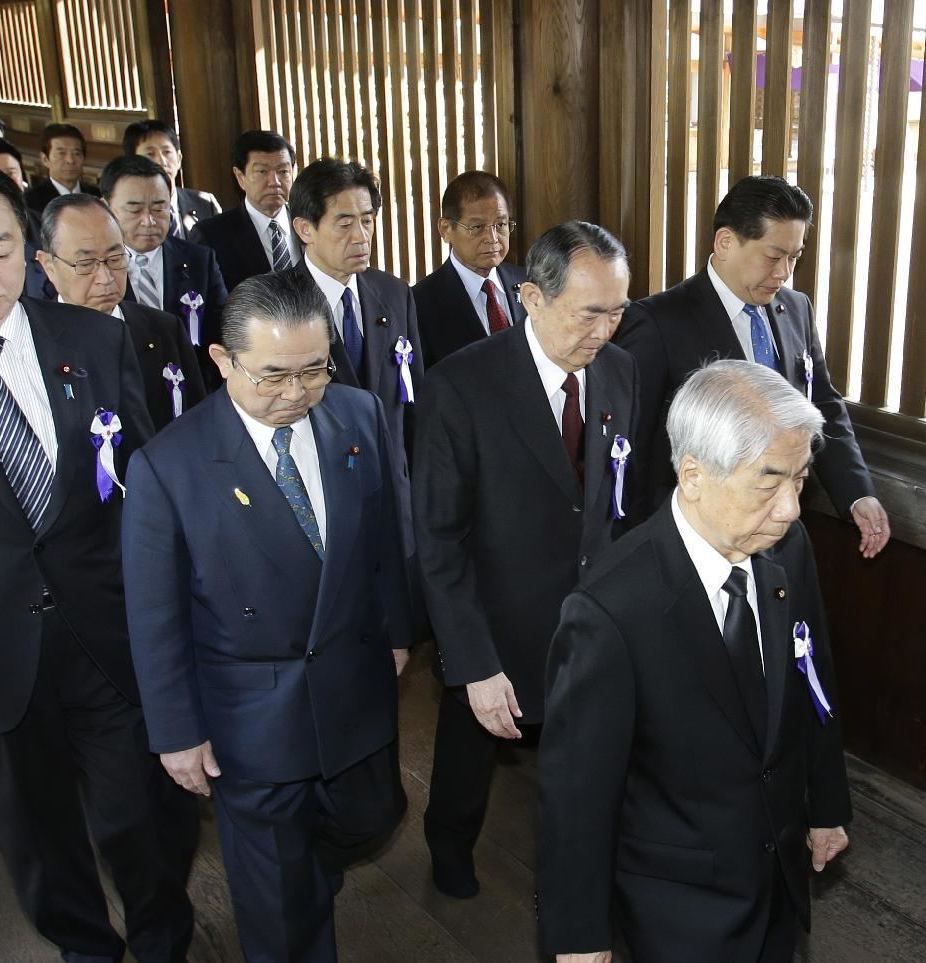