Britain’s opposition centre-left Labour urged Prime Minister David Cameron to address low pay on Wednesday after a charity revealed more than one million people were reliant on food banks in the past year. The increasing numbers receiving free food handouts, low pay, and a squeeze on living standards have emerged as central themes in the election campaign ahead of the vote on May 7. In a letter to Cameron, Labour’s shadow work and pensions secretary Rachel Reeves called the 618 percent rise in emergency food aid users in the last three years “shocking”. The largest food bank network in Britain, The Trussell Trust, said those relying on their food bank supplies rose to one million last year - almost half of them children.

Despite welcome signs of economic recovery, hunger continues to affect significant numbers of men, women and children in the UK today.

The rise follows years of steep increases in those using food banks, from 130,000 people in 2011-2012 to 913,000 in 2013-2014. The numbers do not include other charities and churches that run food banks. In response, a Conservative spokesman said that the party was helping people out of poverty by getting them into employment and “tackling welfare dependency”.

I have an 18-month-old son and an eight-year-old stepson. There are times when my husband doesn’t get enough hours of work, and we really struggle to afford food and pay the bills. The food bank meant we could put food on the table.

A UK teacher who is on food aid 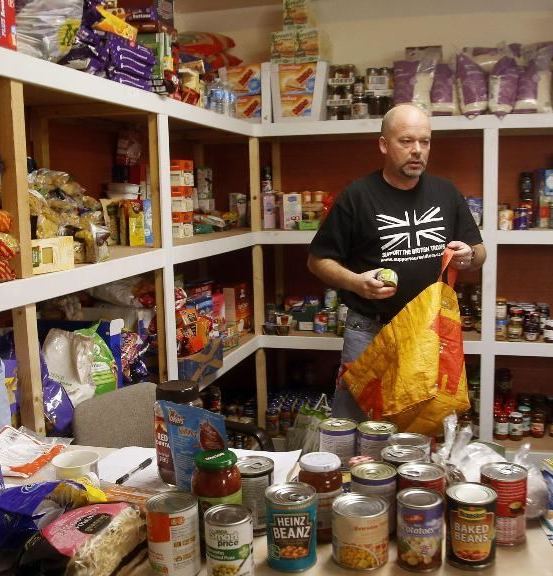