Prime Minister David Cameron’s Conservatives lost a second parliamentary seat to the anti-EU UKIP party in Britain on Friday, an embarrassing defeat that foreshadows a possible political upheaval in next year’s national election. With distrust of mainstream parties and anxiety about immigration rising, UKIP, the UK Independence Party, comfortably beat Cameron’s party in a special election in the southeast English constituency of Rochester and Strood, six months before what is shaping up to be a closely-fought national vote.

If you believe that the world is bigger than Europe, if you believe in an independent Britain then come with us and we will give you back your country.

The victory for UKIP, which favours an immediate British EU exit and sharply lower immigration, will unsettle businesses, investors and European partners who fear Britain could be slipping towards an exit from the European Union. The loss is a blow to Prime Minister David Cameron’s own authority after he ordered his party to “throw the kitchen sink” at the contest to try to hold Rochester and visited the area five times himself before Thursday’s ballot. Cameron’s right-leaning Conservatives and the opposition left-wing Labour Party are facing simultaneous challenges from UKIP and Scottish nationalists that could revolutionise a two-party system in place since 1945.

UKIP have taken seats from the Conservatives but all that does is make sure that Labour is in office and what that will mean is … higher taxes, more borrowing, uncontrolled immigration and welfare. 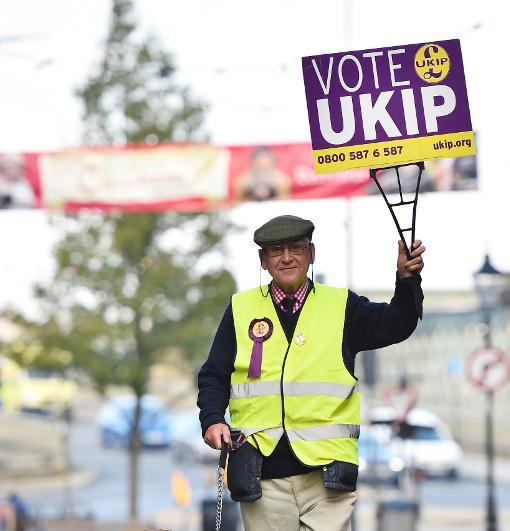