At least 13 killed in latest attacks at Kenyan coast

At least 13 people were killed when attackers wielding guns raided two separate areas on the Kenyan coast overnight, the Kenyan Red Cross said on Sunday. Four people lost their lives at Hindi trading center in Lamu county, near the scene of attacks in which 65 people were killed last month, the Red Cross said on Twitter. Nine more people were killed in another attack in the Gamba area of Tana River county. Earlier reports stated that houses had been set alight, while a police station in Gamba had been attacked. It is not clear who is behind the latest shooting in the region, but it is suspected that the Somali militant Islamist group al-Shabab is responsible. 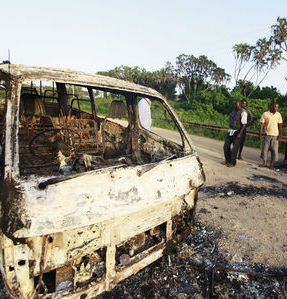