An explosion blamed on Islamic extremists rocked a shopping mall in Nigeria’s capital, Abuja, on Wednesday and police said at least 21 people have been killed. The blast came as Nigerians were preparing to watch their country’s Super Eagles play Argentina at the World Cup in Brazil. Many shops at the mall have TV screens but it was unclear if the explosion was timed to coincide with the match, which started an hour later.

I heard the explosion and [felt] the building shaking. I asked the driver to come with me, and he said ‘No,’ he would wait for me in the car.

Shuaibu Baba, who had a narrow escape

Witnesses said body parts were scattered around the exit to Emab Plaza, in Abuja’s upscale Wuse 2 suburb. All spoke on condition of anonymity for fear of reprisals. Billows of black smoke could be seen from more than a kilometre away. 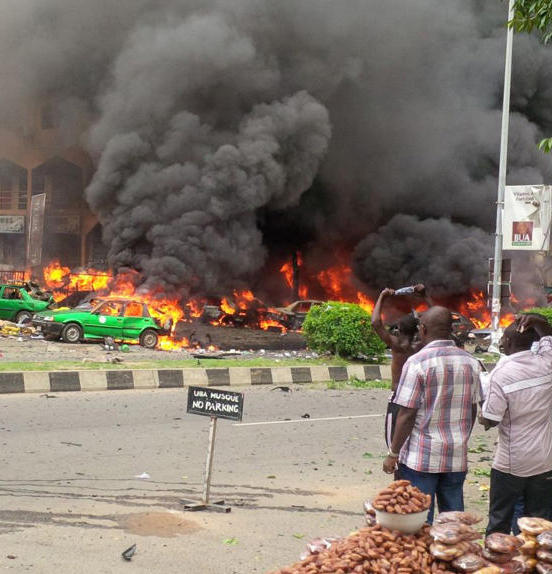