At least 36 killed as Japan landslides engulf homes in Hiroshima

At least 36 people have died and up to a dozen are missing after a mudslide on the outskirts of Hiroshima. Hillsides have caved in or been swept down into residential areas in at least five valleys in the suburbs of the western Japanese city after heavy rains left slopes unstable. Video from national broadcaster NHK showed rescue workers suspended by ropes from police helicopters pulling victims from the rubble as rain-soaked slopes collapsed into torrents of mud, rock and debris.

A few people were washed away and it is hard to know exactly how many are unaccounted for.

Rescue workers suspended by ropes from police helicopters were pulling victims from the rubble as they searched homes stranded amid piles of lumber from crushed houses. Authorities issued warnings that further rains could trigger more landslides and flooding. Landslides are a constant risk in mountainous, crowded Japan, where many homes are built on or near steep slopes. Torrential rains in the early morning apparently caused slopes to collapse in an area where many of the buildings were newly constructed. 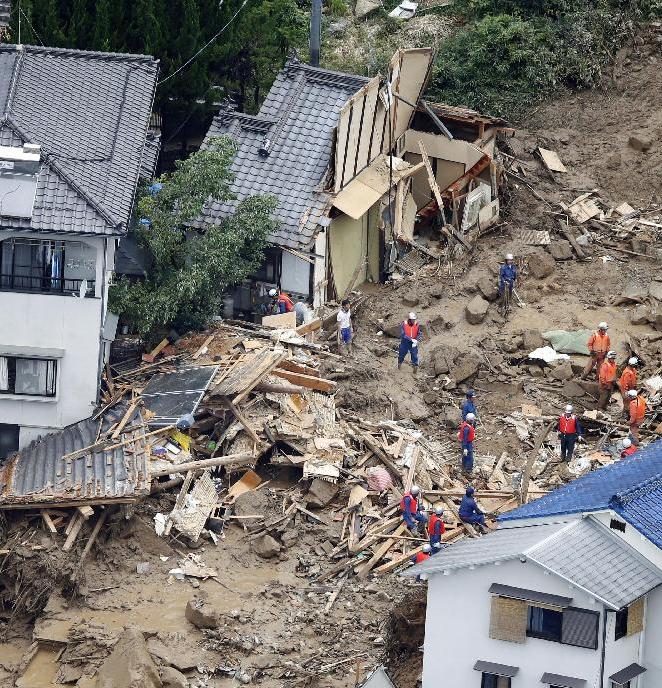