Thousands of Pakistan protesters claim victory as they march on parliament

Jubilant anti-government demonstrators in Pakistan have claimed victory after tearing down barricades and occupying a key road outside parliament. The protesters are demanding the resignation of Prime Minister Nawaz Sharif over alleged voting fraud. Despite the mounting pressure, Mr Sharif’s party said he would not quit, while the country’s powerful army called for a negotiated settlement. The twin protests led by a famous cricketer-turned-politician and a popular cleric have brought tens of thousands of people into the streets.

Yesterday, people were saying we will never be able to reach the Parliament. Look, we are standing right in front of the parliament.

Imran Khan, the cricket star leading one of the protests, has called on demonstrators not to enter parliament but warned he would lead his supporters into the premier’s office if Sharif does not step down by Wednesday evening. Mr Khan, who heads parliament’s third-largest political bloc, and fiery cleric Tahir-ul-Qadri - who enjoys a wide religious following - have led twin rallies calling on Mr Sharif to step down, accusing him of rigging the May 2013 election that brought him to office.

Situation requires patience, wisdom and sagacity from all stakeholders to resolve prevailing impasse. 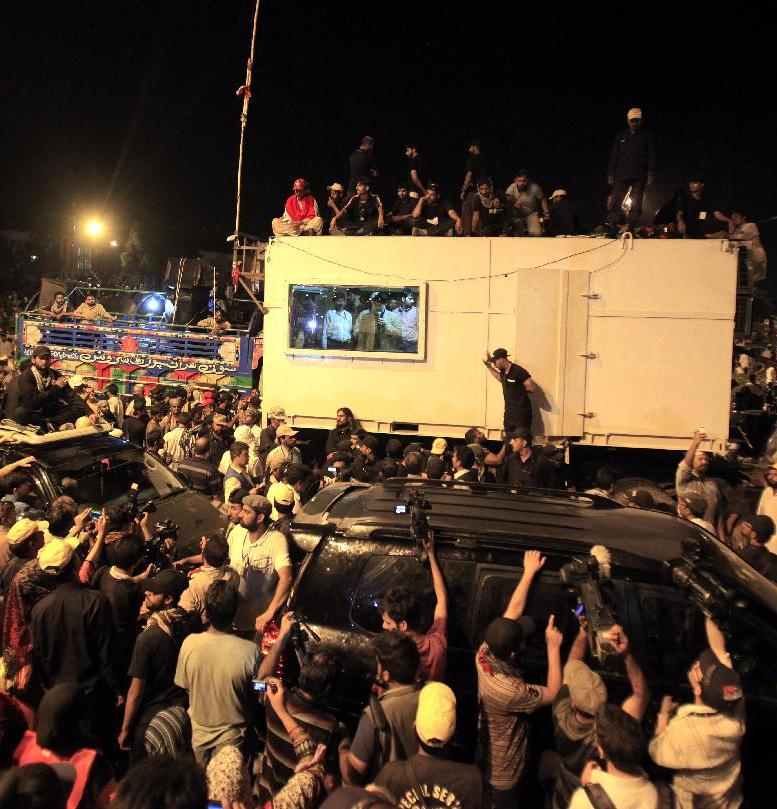