An explosion has killed 68 people and injured 187 at a Chinese factory that makes wheels for US carmakers, including General Motors. State news agency Xinhua said the blast occurred around 7.30am local time at a workshop in the city of Kunshan, in Jiangsu. Footage from the scene showed large plumes of black smoke rising from the factory while emergency workers raced to transport the injured to hospital in trucks and ambulances.

The scene is a mess, it’s unrecognisable.

A witness at the scene wrote on Sina Weibo, a Chinese equivalent of Twitter.

Pictures posted online showed a charred body being wheeled on a stretcher, and people with burned clothing sitting on the ground outside a factory complex that was billowing black smoke. Industrial accidents occur with some regularity in China, where safety standards are often lax. 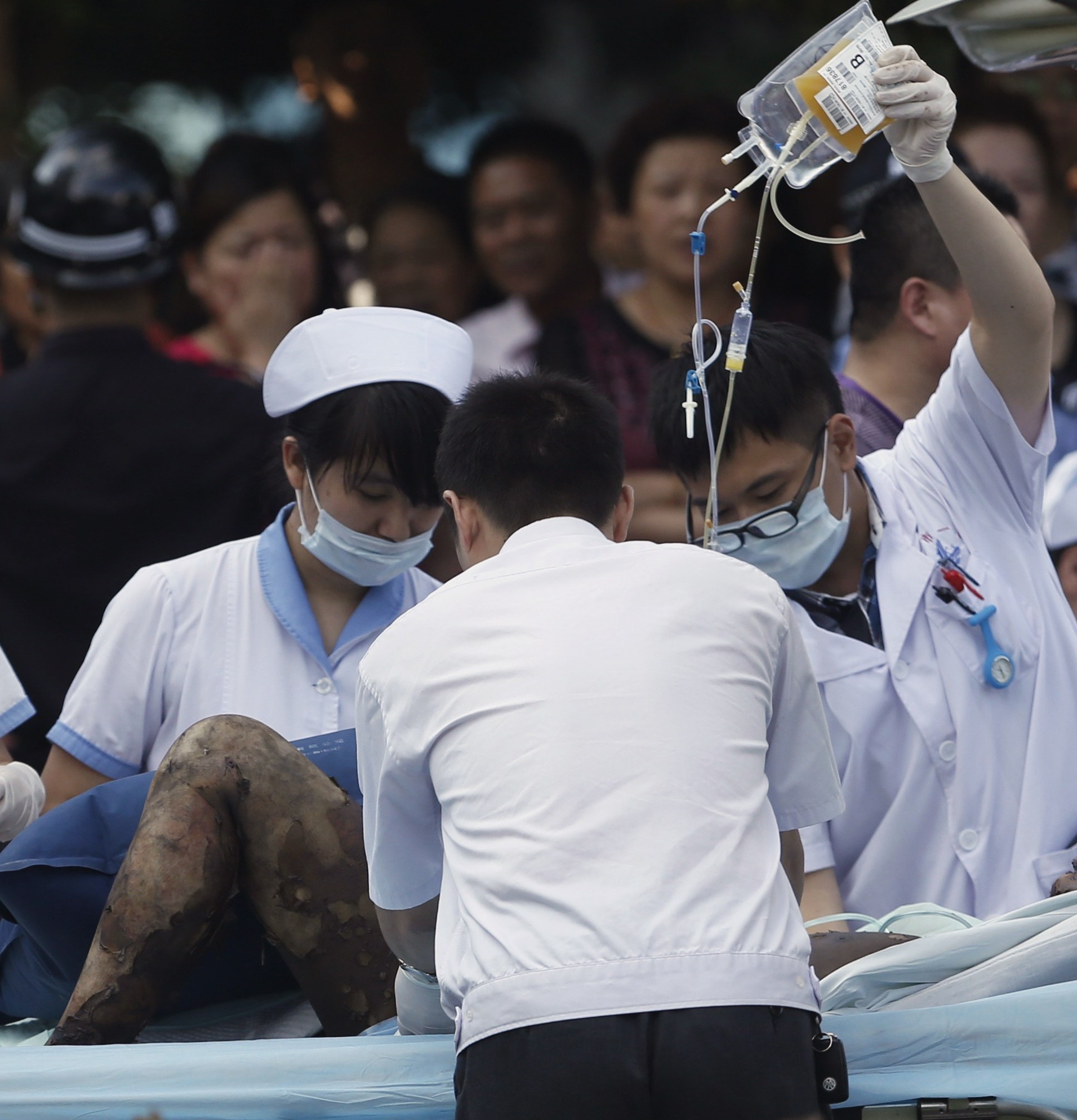