Australia on Wednesday pledged $165 million to the UN-backed Green Climate Fund to mitigate the impact of global warming on poor countries, bowing to international pressure. With its use of coal-fired power and relatively small population of 23 million, Australia is one of the world’s worst per capita greenhouse gas polluters and has been increasingly isolated over its perceived reluctance to do more to tackle the climate threat. It follows the world’s most powerful economies last month urging “strong and effective action” on climate change, catapulting the issue onto the final statement of G20 talks hosted in Brisbane despite pressure from Australia to stick to economic matters.

We’ve seen things develop over the last few months. I think it’s now fair and reasonable for the government to make a modest, prudent and proportionate commitment to this climate mitigation fund. I think that is something that a sensible government does.

The money will come over four years from Canberra’s foreign aid budget. The pledge follows the United States contributing $3 billion and Japan up to $1.5 billion. France, Germany, Britain and Canada had also donated large sums, leaving Australia conspicuous in not chipping in. Meanwhile, bbott, who since coming to power a year ago has dismantled a carbon tax designed to combat climate change, said the cash would bring total international contributions above the fund’s initial target of $10 billion by the end of the year. 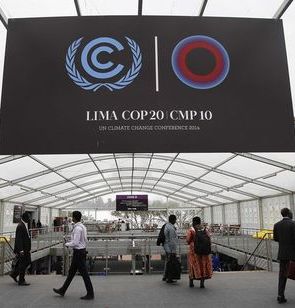