Australian chef ‘kills and cooks his girlfriend then commits suicide’

An Australian chef killed and dismembered his girlfriend, before boiling parts of her body, eating them then taking his own life, police in Queensland reported on Monday. Marcus Volke, 28, was on the run from officers who had come to his apartment inTeneriffe, Brisbane following reports of a foul smell. He slashed his own throat in a nearby street as police closed in on him. Body parts of Volke’s girlfriend - transgender prostitute Mayang Prasetyo - were discovered in a pot on the stove, while other parts of the Indonesian woman’s mutilated body were found in dustbins outside the building.

I smelled something a few days ago, but we’ve had sewerage problems through the building over the past few weeks, which building managers have been trying to solve.

Friends of Ms Prasetyo paid tribute to the “happy, cheerful” woman online while Volke’s mother, Dorothy Volke,said she had had no indication anything was wrong with her chef son. “I’m not sure what he was doing - last we knew he was working on boats,” she said. It is believed he met his girlfriend while working on international cruise ships. Volke’s Facebook page revealed he was a vocal critic against those who committed violence against women and animals. Less than a month ago he posted a link to a news article about a man who was beaten up for standing up for a group of women who were being threatened. He commended the man for being a “champion mate”. 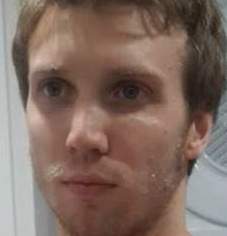