Australian mother charged with murder of her seven children and niece

A 37-year old woman has been charged with murder in the deaths of seven of her children and her niece whose bodies were found inside her home Friday. Mersane Warria was charged with eight counts of murder on Sunday in a bedside hearing at a hospital where she is recovering from stab wounds. The four girls and four boys aged between two and 14 were discovered at a home on Murray Street in the Cairns suburb of Manoora. Investigators believe the lives of four girls and four boys were taken sometime between Thursday and Friday morning. Police said Warria was being treated for self-inflicted knife wounds. Autopsies are being carried out to determine the exact cause of death of each of the children. Police have said they would not name the children for cultural reasons.

Meanwhile, the families of the eight children have begun a traditional mourning period ahead of their funerals. A large group of men and women, many sobbing and wailing, walked down Murray Street on Sunday toward the makeshift shrine created by local residents. About 30 people, including family and friends of the deceased children, pastors and local leaders, gathered for a church service to pray for comfort and healing for the wounded community. The five fathers of the children are among those grieving after police confirmed yesterday afternoon they had been notified of the deaths. 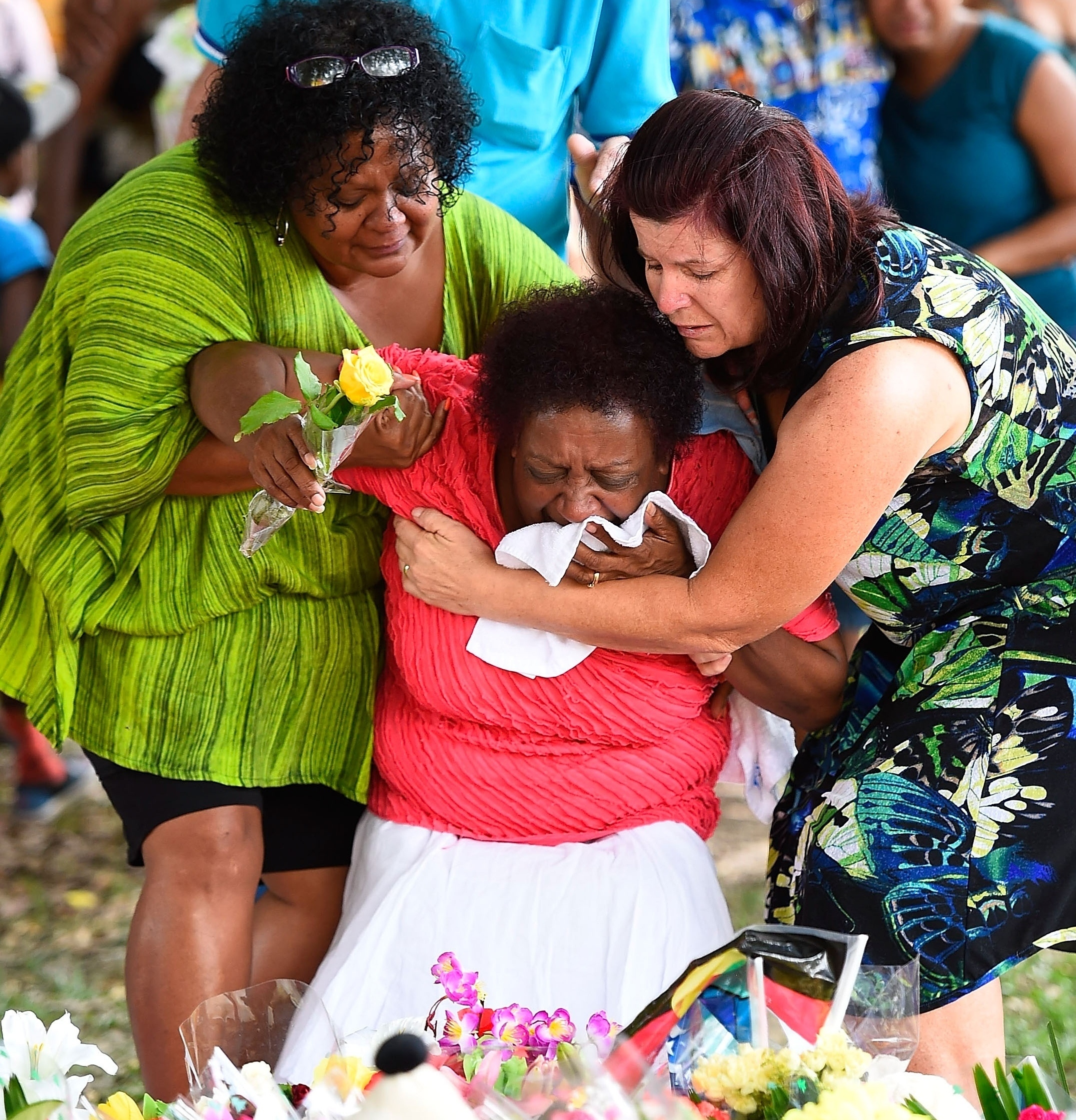