Actors Chris Evans and Jeremy Renner have apologised for making “tasteless” and “juvenile” comments in which they called their Avengers co-star Scarlett Johansson’s superhero character “a slut.” Evans, who plays Captain America in Walt Disney Co’s Marvel Avengers: Age of Ultron, said he and Renner were asked about rumours that Johansson’s Black Widow wanted to be in a relationship with their characters. “We answered in a juvenile and offensive way that rightfully angered some fans,” he said.

I am sorry that this tasteless joke about a fictional character offended anyone. It was not meant to be serious in any way. Just poking fun during an exhausting and tedious press tour.

The pair - who play Captain America and Hawkeye - made the comments in London while promoting the film. When questioned ahead of the UK premiere, Renner responded “She’s a slut” as Evans burst out laughing. Evans then added: “I was going to say something along that line. Complete whore. She’s a slut." The movie” is the sequel to 2012’s “Avengers,” the third-highest-grossing movie of all time.

I am sorry that this tasteless joke about a fictional character offended anyone. 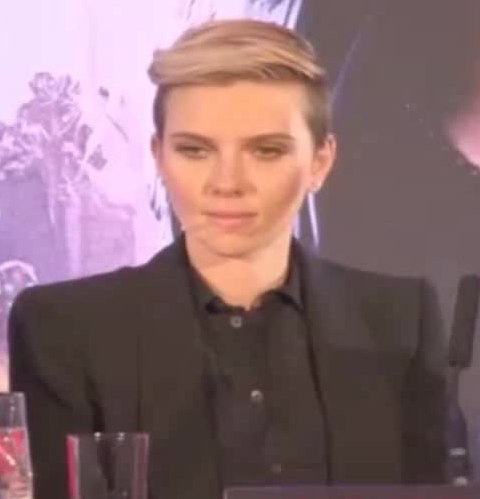