Average is beautiful: ‘Anti-Barbie’ doll to go on sale in U.S.

She’s short, brunette, has an average body shape and can even be given cellulite and acne: the ‘anti-Barbie’ doll is ready to go on sale in the United States. The brainchild of 26-year-old graphic designer Nickolay Lamm, the “Lammily” doll will begin shipping next week with the sales pitch that “average is beautiful”. Lamm told AFP he came up with the idea after searching for a doll to buy as a gift and discovering that “all the dolls looked like supermodels”.

Lamm based the physique of his doll from statistics provided by the U.S. Centres for Disease Control and Prevention (CDC), calculating that the “average” 19-year-old was 1.63 metres tall, weighed 68 kilograms and measured 85 centimetres around the chest. He contrasted those vital statistics to a Barbie, which is skinnier, taller and more blonde. Lamm raised money for mass production of his doll by crowdfunding. So far, he has received some $225,000 worth of advance orders for the doll, which will sell at $25. 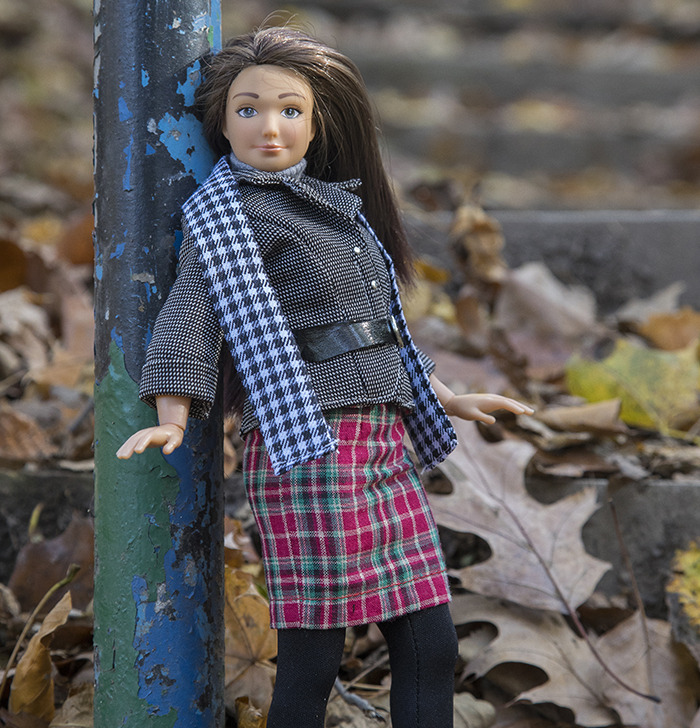