A former Mexican police chief in the town where witnesses say 43 missing students were massacred, was arrested for allegedly participating in handing the young men over to a criminal gang. Cesar Nava Gonzalez was arrested on Nov. 16, prosecutors said in a statement, calling the former official a “member of the Guerreros Unidos criminal organisation”. Nava Gonzalez, who had been on the run since soon after the crime came to light, has confessed to responding to a call from the Iguala police chief on the night of Sep. 26, to help with detaining the students, said lawyer Rosales. The 43 were taken that day, after the mayor of the city of Iguala allegedly ordered police to confront students, sparking a night of violence that also left six people dead. Members of the Guerreros Unidos drug gang have told investigators they killed the students and burned the bodies after police had handed them over. Iguala’s police chief remains at large, but the Iguala mayor and his wife have both been arrested. 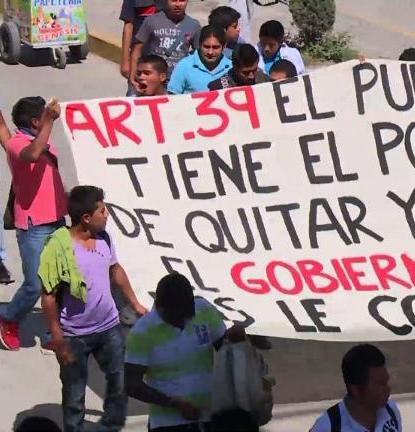