U.S. statesman Henry Kissinger, who spearheaded efforts to end Cold War hostility between Washington and China more than four decades ago, on Tuesday told President Xi Jinping the two powers were now in a position to set the global agenda. Xi said China places “great importance” on ties with the United States and noted a November summit he held with President Barack Obama in Beijing.

I could not imagine that the day would come in which China and the United States would jointly be able to discuss the future of peace and progress in the entire world.

Kissinger, a 91-year-old diplomat and strategist, is renowned for leading secret negotiations that led to staunch anti-communist Nixon’s landmark 1972 visit to the People’s Republic and his meeting with Mao Zedong. Ultimately, the United States and China established diplomatic relations in 1979 when Washington switched recognition to Beijing from the Nationalist government in Taiwan. 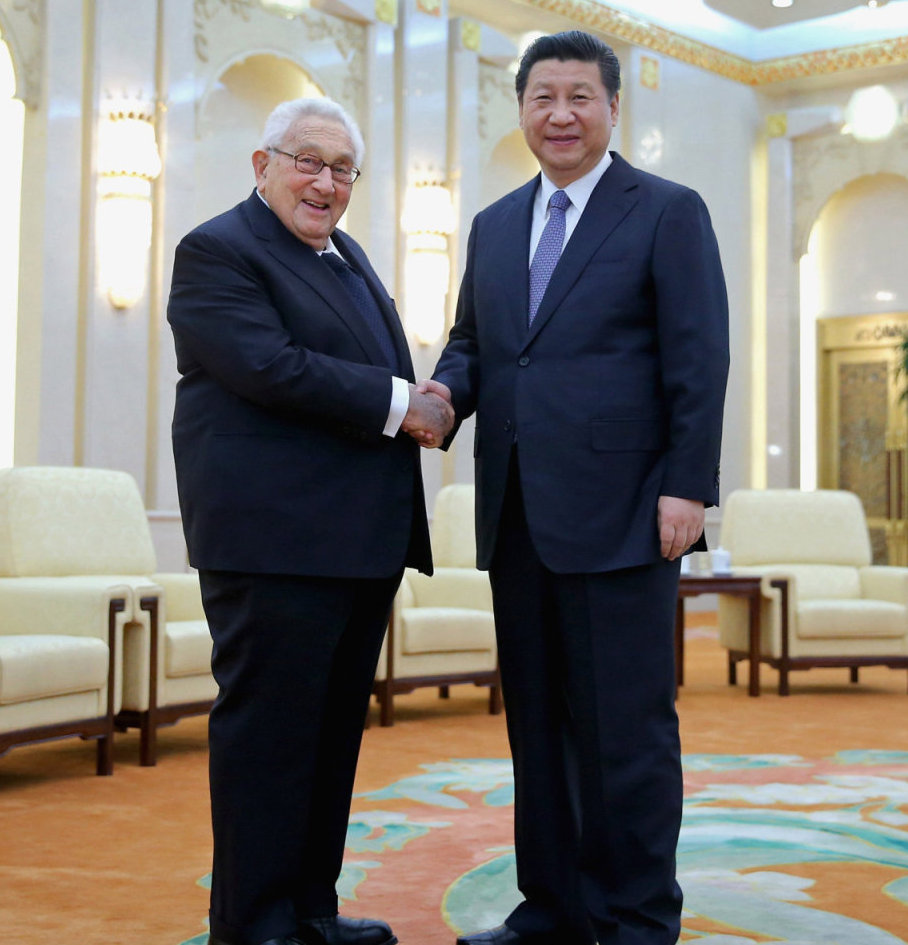