Formula One world champion Lewis Hamilton won the Bahrain Grand Prix for the second year in a row on Sunday with Ferrari’s Kimi Raikkonen back on the podium to deny Mercedes another one-two finish under the floodlights. The Briton’s flying pole-to-flag victory at the desert track was his third win in four races this season and 36th of his career. The British driver started from pole for the first time in the desert race under floodlights and was largely untroubled, finishing ahead of Ferrari’s Kimi Raikkonen and Rosberg, whose braking problem with two laps remaining let in Raikkonen for his first podium in two years.

It doesn’t matter who it’s against, you try and beat everybody out there. It’s great to be having a fight with the Ferraris. 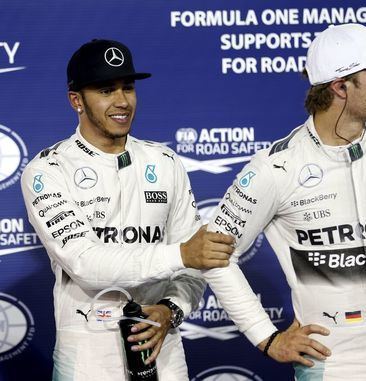