'Ban him for life': PSG outrage over head-butt in Parc des Princes tunnels

Paris-Saint Germain football club have called for Bastia’s Brazilian-born French striker Brandao to be banned from soccer for life after he head-butted PSG’s Brazilian-born Italian midfielder Thiago Motta on Saturday. The incident was caught by security cameras in the stadium tunnels at the end of PSG’s 2-0 Ligue 1 home win.

He should be banned for life. He is not a football player.

In the same game, PSG’s most prized player, Zlatan Ibrahimovic, was forced off with a leg injury in the 15th minute. The incidents overshadowed PSG’s first league victory of the season, which started last weekend. The first goal of the game came from Brazilian Lucas Moura when he pounced on a cross from Gregory van der Wiel at the 26th minute. Edinson Cavani made it 2-0 after 57 minutes, firing home from close range. 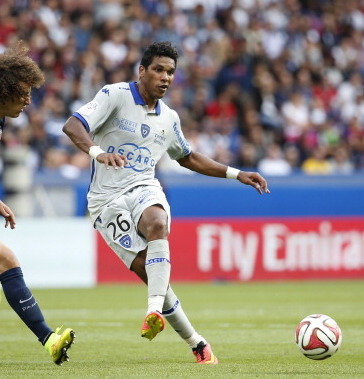