A suspect in the 2012 attacks on a U.S diplomatic compound in Benghazi, Libya captured by U.S. military forces on Sunday now faces charges in U.S. federal court, including providing “support to terrorists” and “killing a person.” Ahmed Abu Khattala, a senior leader of the Benghazi branch of the terror group Ansar al-Shariah in Libya, will “now face the full weight of the American justice system,” said U.S. President Barack Obama, whose administration has come under intense criticism from Republicans for being unable to apprehend those responsible.

The fact that he is now in U.S. custody is a testament to the painstaking efforts of our military, law enforcement, and intelligence personnel.

Khattala had been held in an undisclosed location outside Libya, said Pentagon press secretary, Navy Rear Adm. John Kirby—likely, a ship. He is now headed for the U.S., Obama said. U.S. authorities filed charges against Khattala and others over the 2012 Benghazi attacks, which killed four Americans, including the U.S. ambassador to Libya, Christopher Stevens. The embassy deaths triggered a long-running investigation in the U.S., with the Republican opposition accusing Obama and then-U.S. Secretary of State Hillary Clinton of mishandling the security of the embassy. Stevens was the first U.S. ambassador to be killed in the line of duty in more than 30 years.

We continue to think about and pray for the families of those who were killed during that terrible attack … But more importantly … for us to send a message to the world that when Americans are attacked, no matter how long it takes, we will find those responsible and we will bring them to justice. 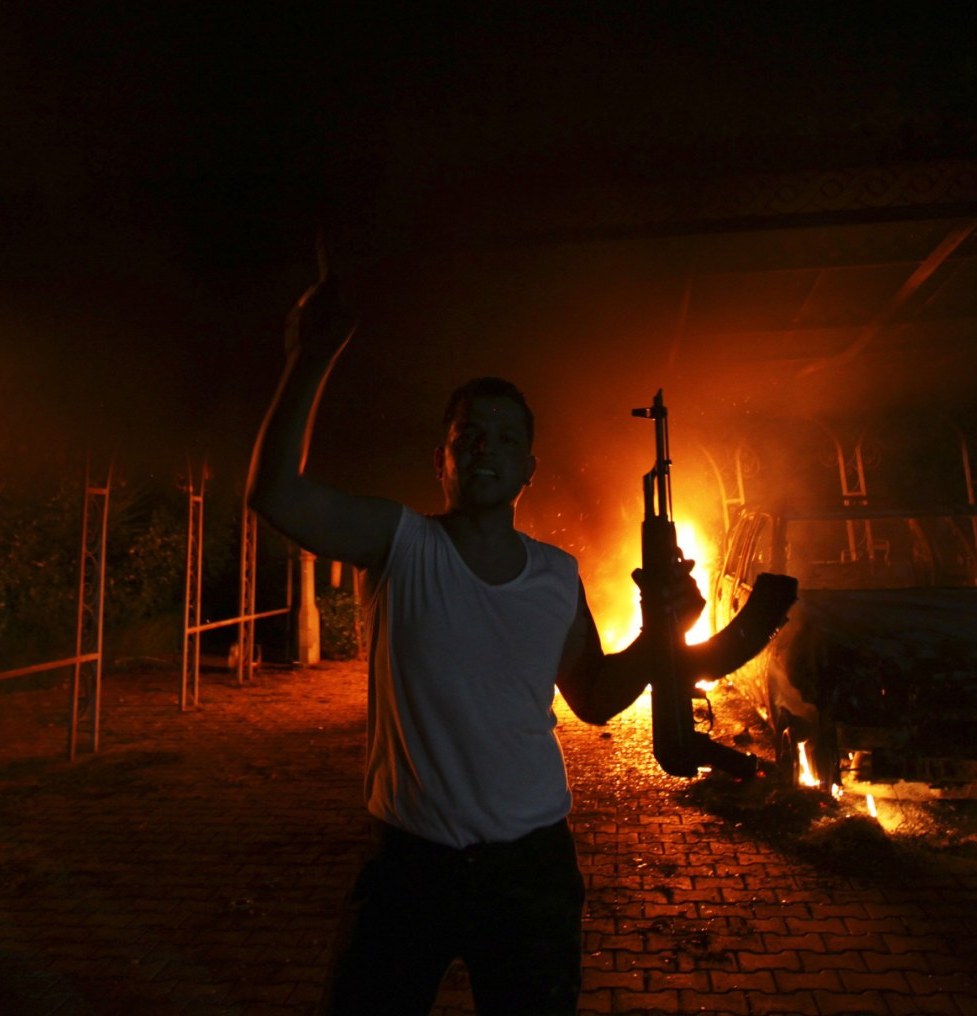