Hundreds of protesters angered at the killing of unarmed black men by white police officers marched through downtown Berkeley streets Tuesday night as protests continued in Northern California. Protesters stopped at City Hall, where a city councilman addressed the crowd and said he would ask for an investigation into the police response to the demonstrations over the weekend, when the latest wave of protests started. Bay Area Rapid Transit officials said the station in downtown Berkeley was closed as a precaution.

The [California Highway Patrol] respects the public’s right to gather and demonstrate, but it needs to be done in a safe manner. At this point, they’ve made their statement and we respect that. Now, we’re asking them to stop.

After the fourth night of protests in Berkeley, the demonstrations are expected to continue this morning, as organizers in Oakland said they expect hundreds of white people to come out and help shut down a federal building. The crowd on Tuesday was much smaller than the one on Monday and briefly shut down state Route 23, which connects Berkeley to Oakland. On Monday, a crowd of about 1,500 blocked all lanes of Interstate 80 and blocked an Amtrak train. 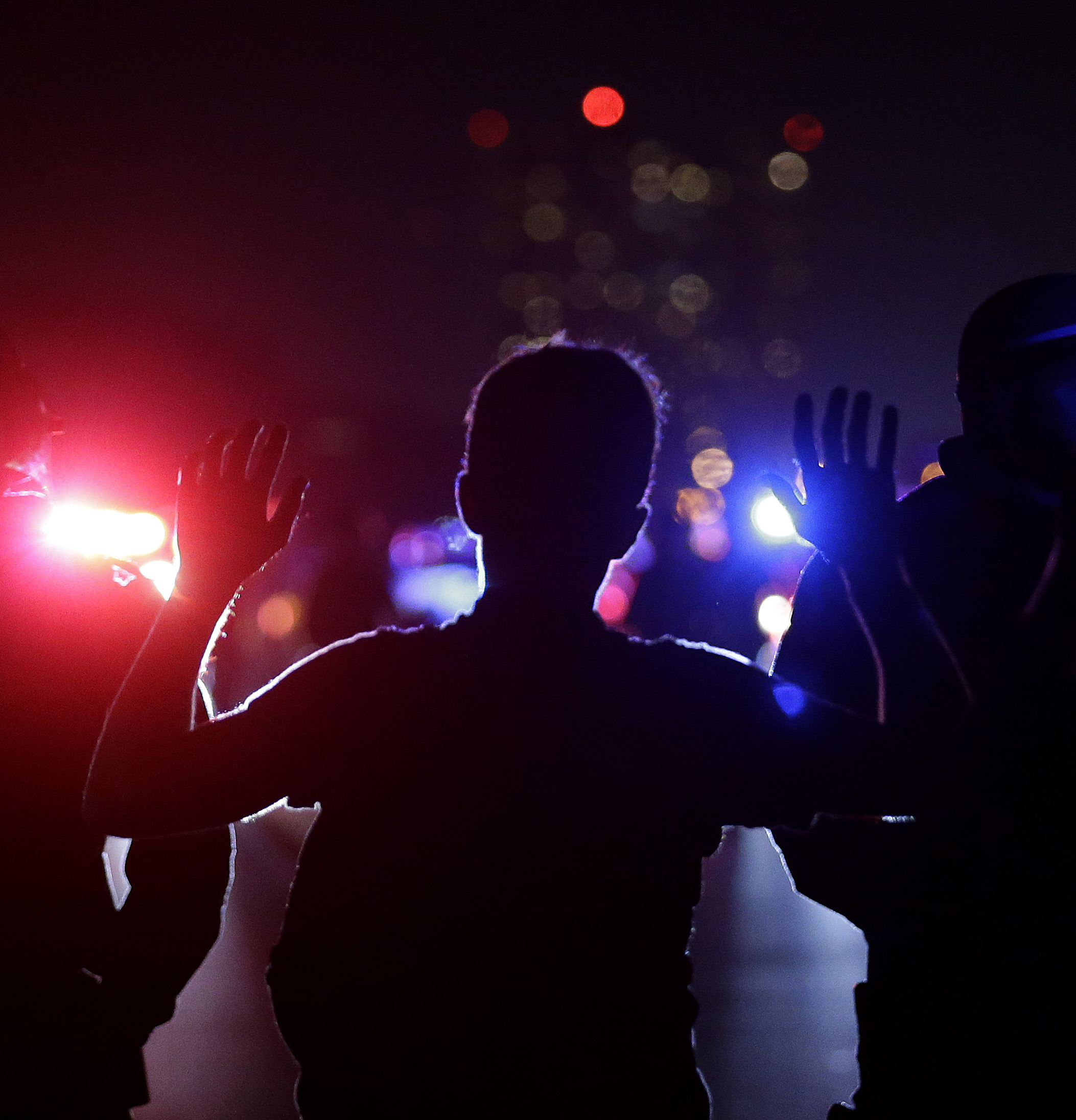