FIFA President Sepp Blatter believes Luis Suarez’s biting offense was “definitely not fair” — though he won’t say the player’s name. In his only scheduled media commitment during the World Cup, Blatter said it was not for him to comment on the severity of Suarez’s punishment for biting Italy defender Giorgio Chiellini. Suarez’s nine-match, four-month ban was “taken by a panel of seven judges” on FIFA’s disciplinary committee, Blatter says. Suarez will miss the first two months of Liverpool’s Premier League and Champions League campaigns, and may not appear for his country in a non-friendly match again until 2016.

Now inside me there’s no feelings of joy, revenge or anger against Suarez for an incident that happened on the pitch and that’s done.

A statement by Giorgio Chiellini on his website (giorgiochiellini.com)

Italy defender Giorgio Chiellini also said that the ban was ‘excessive’ and that he bears no grudges against the controversial Uruguay striker. Uruguay coach Oscar Tabarez resigned from FIFA’s strategic committee in protest at its punishment of Suarez.

I sincerely hope that he will be allowed, at least, to stay close to his team mates during the games because such a ban is really alienating for a player. 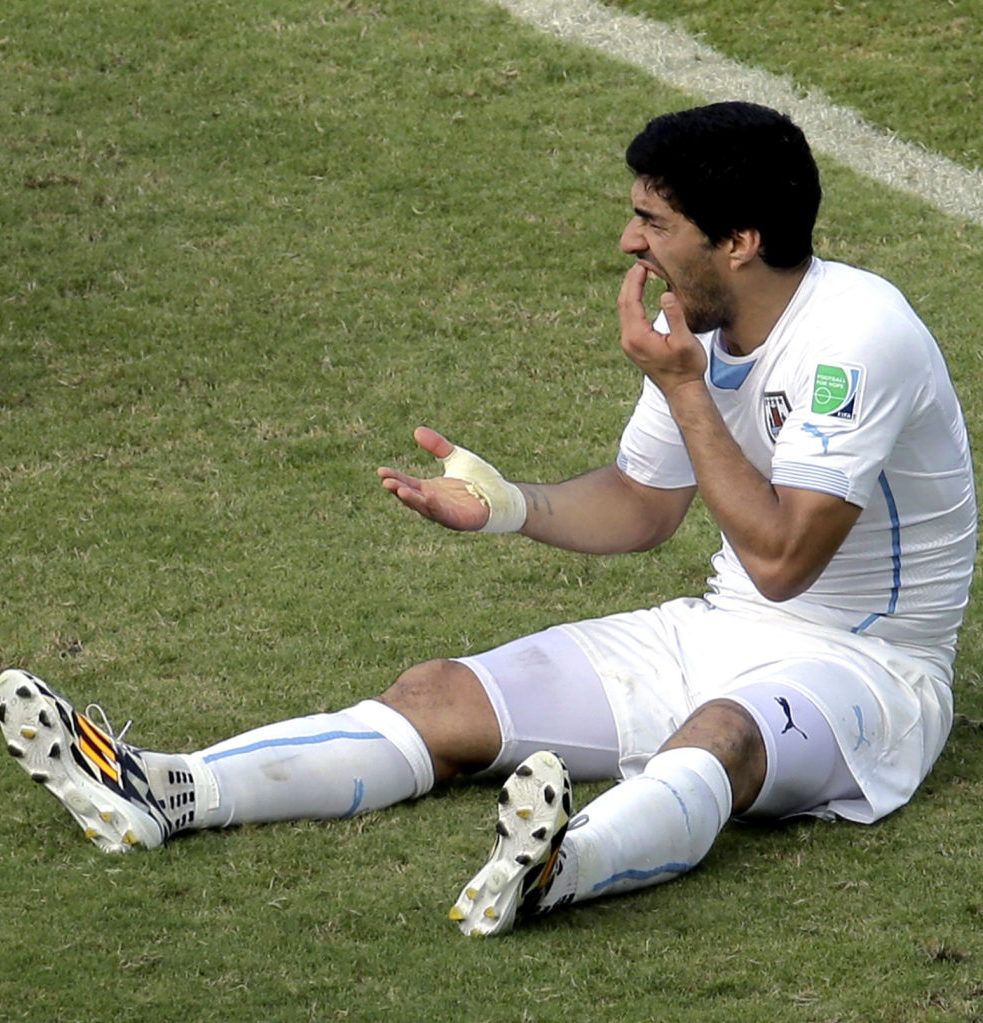