Devotees in the fervently Catholic Philippines were set to nail themselves to crosses and whip their backs bloody on Friday in extreme acts of devotion that attract thousands of spectators. The annual ritual in scorching hot farmlands just outside of Manila is one of many colourful outpourings of faith in the Southeast Asian nation, where 80 percent of its 100 million people are Catholics. San Fernando Mayor Edwin Santiago openly conceded that the religious ritual has vast economic benefits for the community. He said last year’s Holy Week events drew about 60,000 foreign and local visitors, and he is hoping for more this year.

I feel no pain because I know I am one with my God in suffering.

This year, more than a dozen people are scheduled to have nails driven through their palms as they hang on the cross in the rural San Pedro Cutud district within the city of San Fernando and neighbouring towns. Some of these men have undergone multiple crucifixions over the years, all in fulfillment of a promise they made to God in exchange for a favour. San Fernando Archbishop Florentino Lavarias has discouraged the bloody practice, saying there were other ways to profess one’s faith aside from self-inflicted pain.

Our acts should be geared toward good works. Christian life is not something that is done overnight. 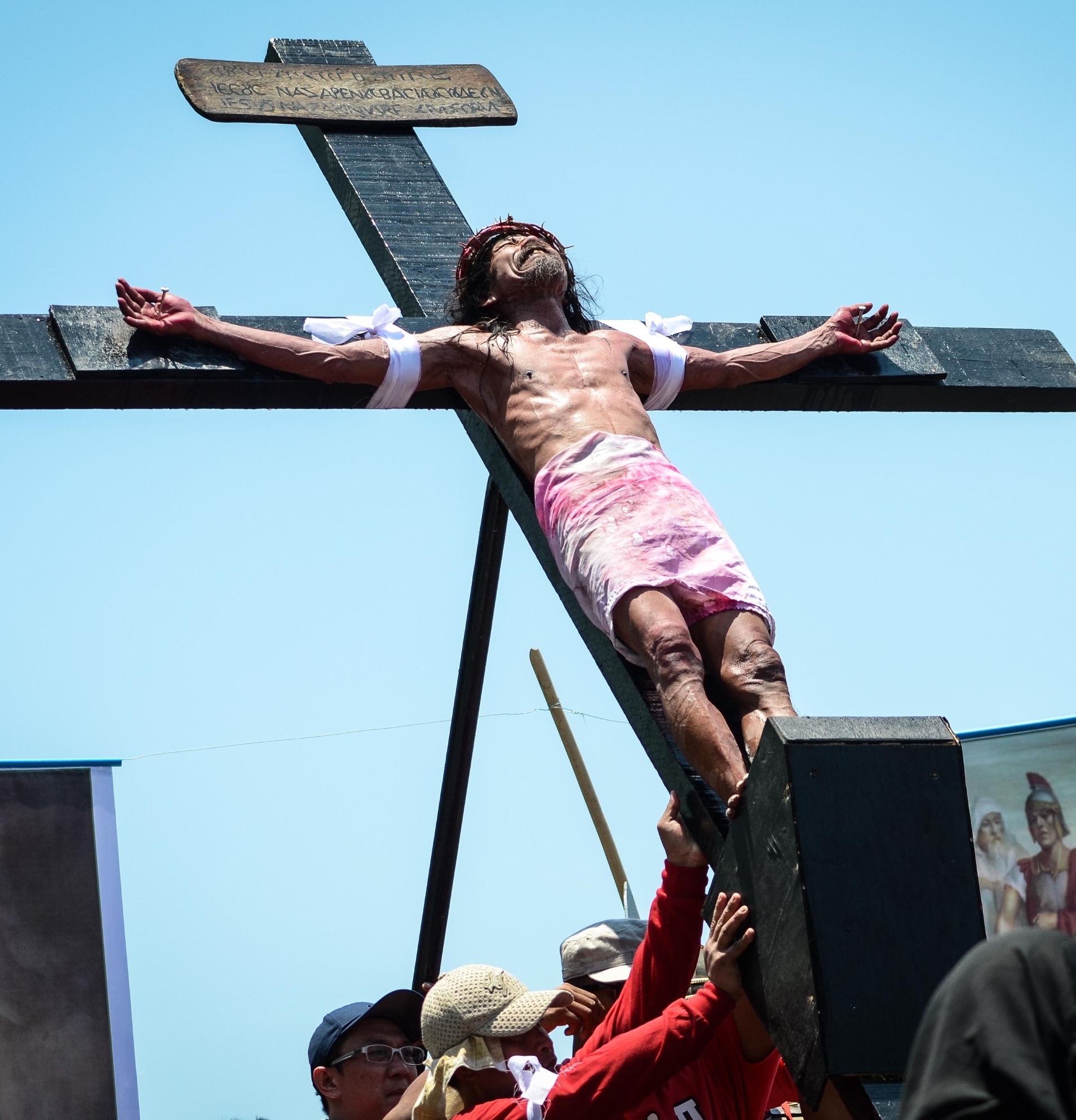