Chinese authorities have formally charged former domestic security chief Zhou Yongkang with bribery, abuse of power and intentional disclosure of state secrets, state media said on Friday, paving the way for a trial that underscores Beijing’s commitment to fighting graft at the highest levels. Zhou, 72, is by far the highest-profile figure caught up in President Xi Jinping’s crackdown on corruption. He is the most senior Chinese official to be ensnared in a graft scandal since the party swept to power in 1949.

The defendant Zhou Yongkang… took advantage of his posts to seek gains for others, illegally took huge property and assets from others, and abused his power, causing huge losses to public property and the interests of the state and the people.

After months of rumours, party authorities announced last July they were investigating Zhou, who accumulated vast power until he retired in 2012. Zhou was expelled from the ruling party and formally arrested in December. His fall sent shockwaves through the ruling party, and made him the most prominent victim of President Xi Jinping’s much-publicised anti-corruption drive, which has targeted high-level “tigers” as well as low-level “flies”. But critics note that China has failed to implement institutional safeguards against graft, such as public asset disclosure, an independent judiciary, and free media, leaving anti-graft drives at risk of being used for political faction-fighting. 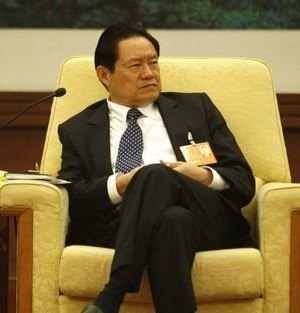