Bodies of drowned refugees start to arrive in Malta

Body bags containing the 24 corpses of refugees who drowned after a smuggler’s boat sank off Libya have arrived in Malta. The Italian coast guard vessel Bruno Gregoracci docked at Boiler Wharf in Valletta’s Grand Harbour on Monday, with the victims of the Mediterranean tragedy laid out on its deck. The bodies were then carried into waiting hearses to be transferred to a morgue. Some 28 survivors of the disaster were also on board the Italian vessel. They will be brought to Italy later on Monday.

This requires a comprehensive European response including targeting the criminals who are managing this traffic.

Officials say at least 700 people are feared to have died after the boat capsized and sank, but Italian prosecutors - citing a survivor - say as many as 950 migrants may have been on board. The Bangladeshi survivor told Italian authorities that hundreds of people had been locked in the hold of the vessel by smugglers. Only 28 people have been pulled from the Mediterranean alive. It is believed the vessel overturned when migrants moved from one side of the boat in a bid to get off and be rescued by an approaching merchant ship. Italian and Maltese navy boats have continued to scour the waters off Libya for more survivors. 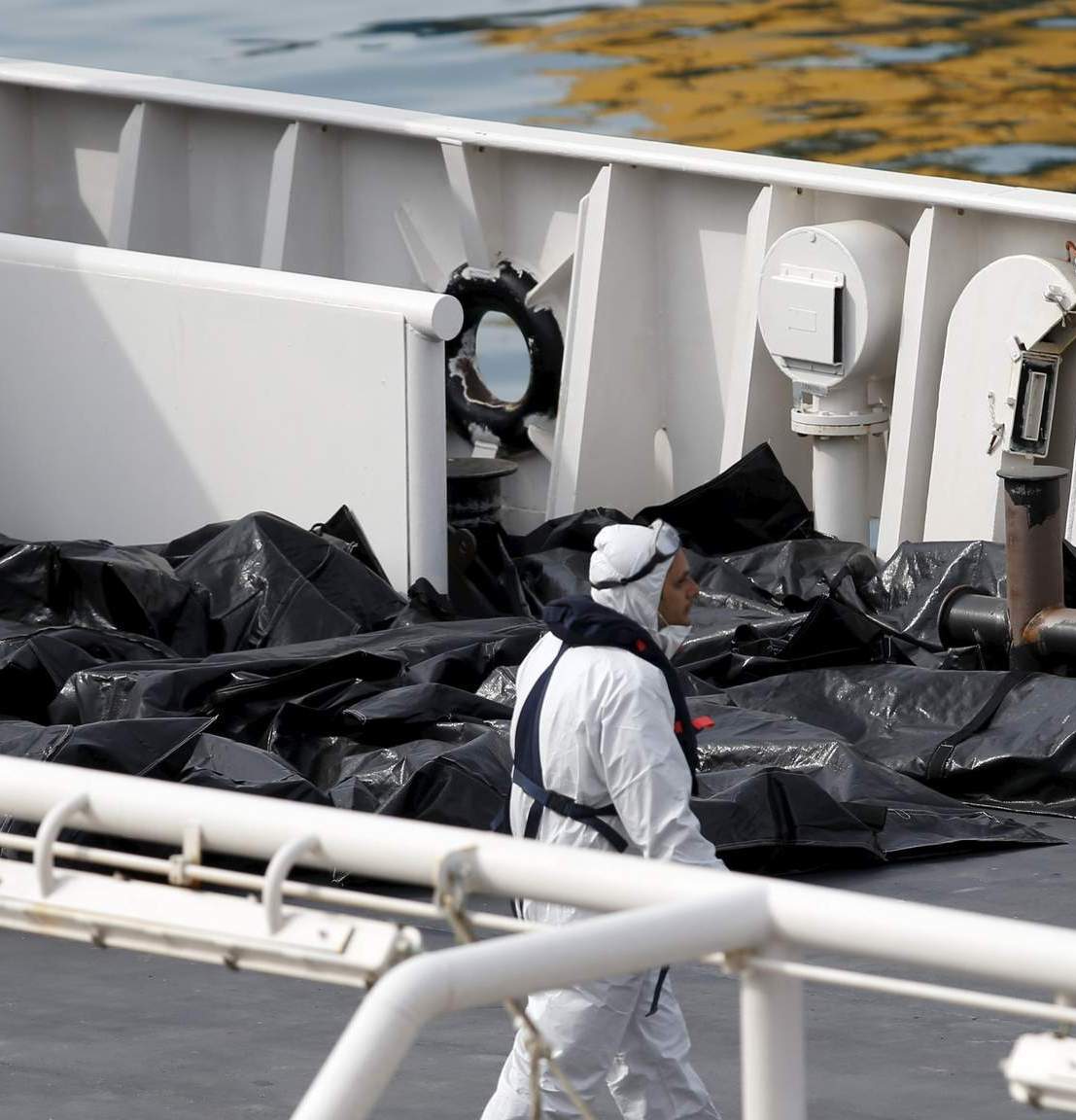