Both TransAsia plane engines had cut out before Taiwan river crash

Both engines of the TransAsia Airways plane that smashed into a bridge and then crashed into a river had failed, investigators have revealed. One of the engines of the ATR 71-600 went idle just 37 seconds after take-off, before the aircraft dropped out of the sky, narrowly avoiding apartment buildings and leaving at least 35 people dead. Investigators believe the pilots may have switched off the other engine so they could be restarted together, but Flight 235 crashed before that could happen.

When it came to when it was clear his life would end, (the pilot) meticulously grasped the flight operating system and in the final moments he still wanted to control the plane to avoid harming residents in the housing communities.

Vice President Wu Den-yih, mindful of the island’s reputation as a tourist destination and its tense relations with China where most of the flight’s passengers

According to Taiwan’s Vice President, Wu Den-yih, the flight crew may have deliberately steered away from buildings to prevent further loss of life. When Liao Chien-tsung’s body was found, he was still clutching the joystick, which officials believe is proof “he was still trying to save the aircraft until the last minute”. Thomas Wang, director of the Aviation Safety Council, said: “Based on the data we have so far we can see that for a period of time both engines showed no thrust.” 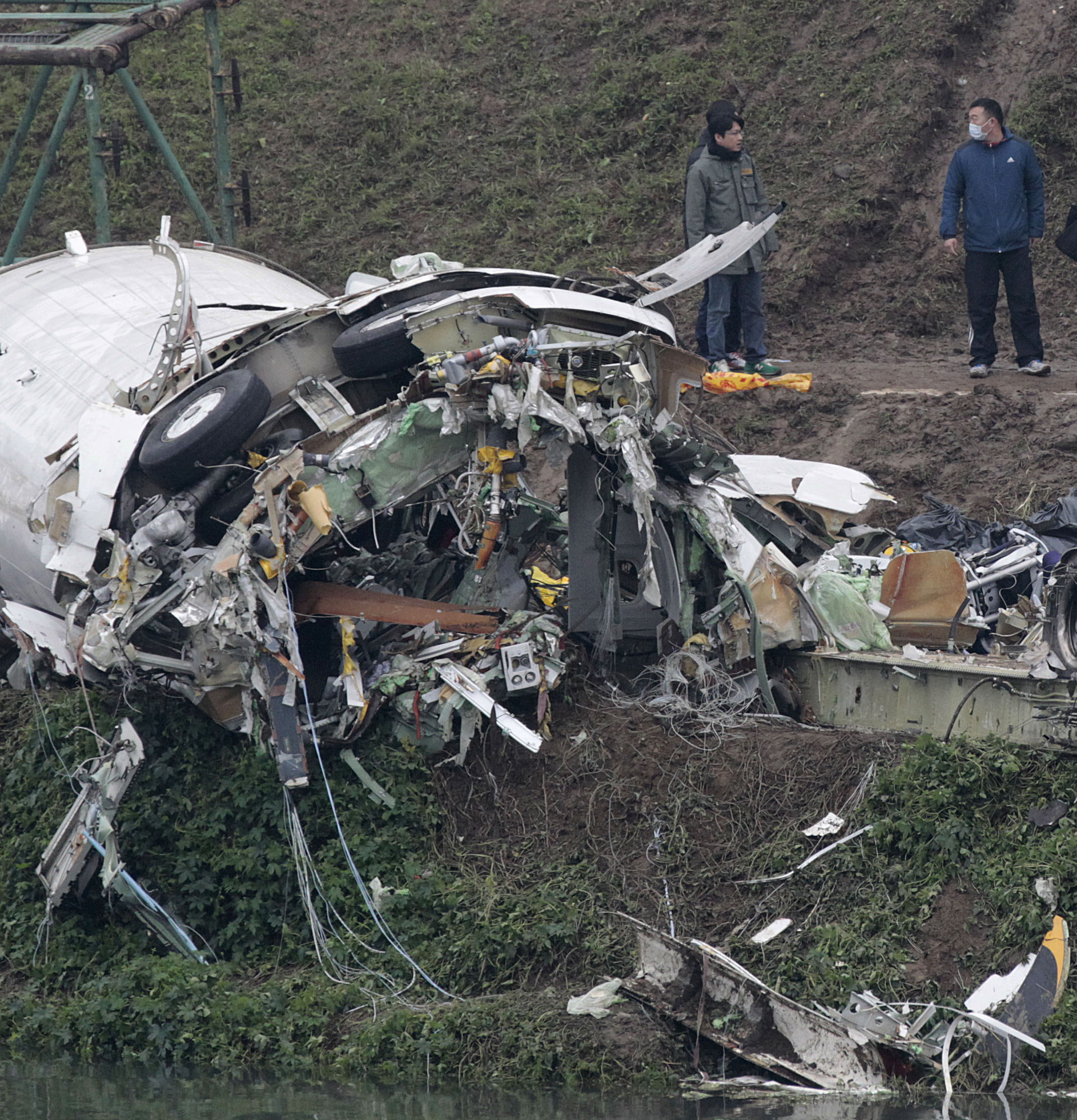