Brazil’s unpredictable election took another twist Sunday, with left-leaning President Dilma Rousseff being forced into a runoff race as expected, but against a center-right challenger who only surged in the final week of the campaign. Rousseff will face Aecio Neves in the October 26 runoff vote, required as no single candidate won an outright majority. With over 99 per cent of the vote counted, the president had won 41.5 per cent against Neves’ 33.6 per cent. Neves is an economist and former two-term governor of Minas Gerais, Brazil’s second-most populous state, where he left office in 2010 with an approval rating above 90 per cent. He has strong name recognition in Brazil. His strong polls performance was due to the backing he had from the well-organized Social Democracy Party, which held the presidency from 1994 until 2002, a period when Brazil tamed its hyperinflation and turned its economy around.

Aecio’s performance has been extraordinary and one of the reasons for this is the very strong party structure behind him - a party with a strong nationwide presence and which has been in the presidency.

As surprising as Neves’ rise was the fall from grace of another candidate, former environment minister Marina Silva, who took just 21 per cent of the vote. It was thought Silva could tap into the widespread disdain Brazilians hold for the political class — anger that boiled over into roiling, nationwide anti-government protests last year. In late August, she held a double-digit lead over Rousseff in polls after being thrust into the race when her Socialist Party’s first candidate died in a plane crash. But over the past three weeks, the powerful political machine of Rousseff’s Workers’ Party eviscerated Silva with what some analysts called the most negative and aggressive campaigning Brazil has seen since returning to democracy nearly 30 years ago. Silva fell hard in polls and could never regain her footing or get her message out.

Marina Silva tried but was not able to convey her message of change. She’s only responding to attacks. We’ve seen negative campaigning before, but never at this level of ferocity.

Paulo Sotero, director of the Brazil Institute at the Woodrow Wilson International Center for Scholars in Washington 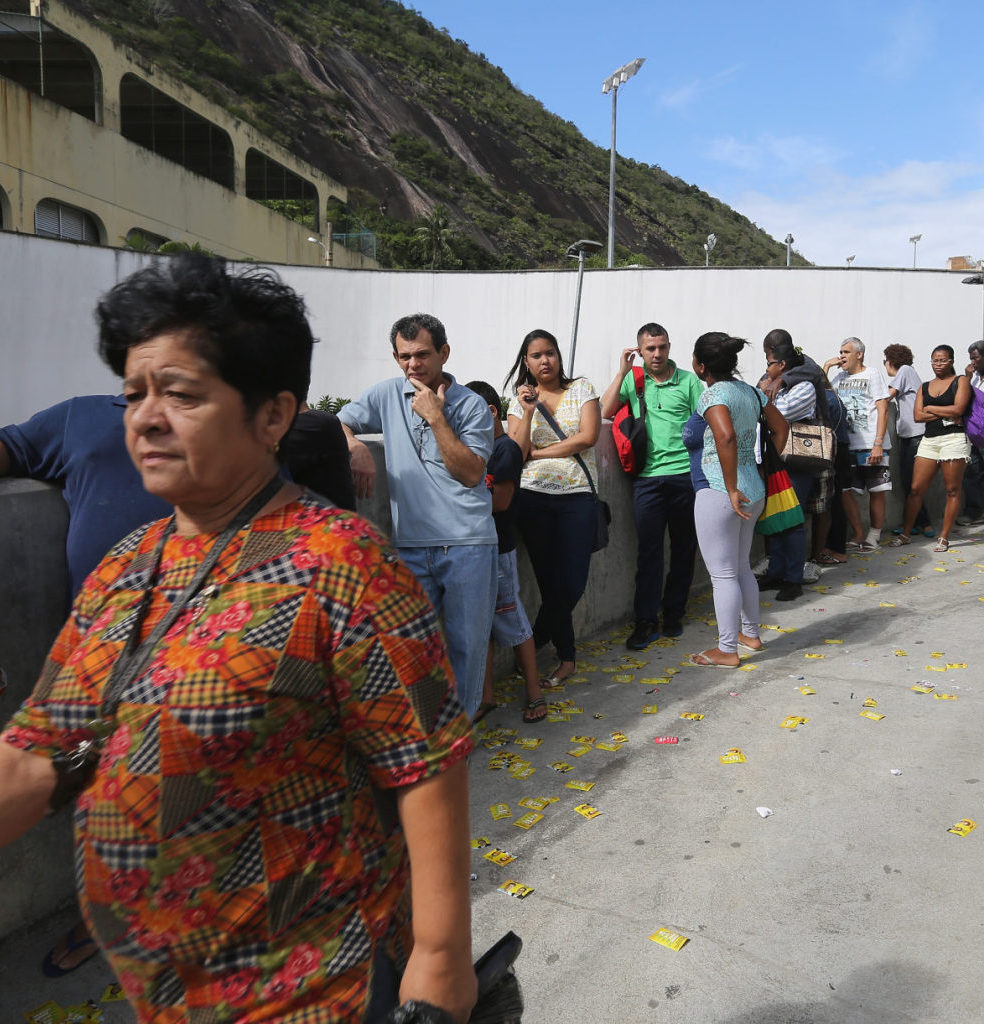