Brazil was racing to be ready for the opening of the World Cup, scrambling to apply the finishing touches to a troubled build-up dogged by delays and violent street protests. Brazilian flags fluttered from cars, bars and apartments as big kick-off approached. The hosts launch the four-week football carnival when they play Croatia in Sao Paulo’s 61,600-capacity Corinthians Arena at 5:00 pm on Thursday.

It’s not any more time to say what’s this and what’s that. We are now in the delivery, 24 hours before the opening game, so we just have to make it. And we will make it.

In Rio de Janeiro, some of the 600,000 foreign fans descending on the vast South American nation thronged the famous Copacabana beach district excitedly. However, discontent still rumbled with scattered protests planned in host cities. The estimated $11 billion Brazil is spending on the World Cup has angered many in a country with chronically under-funded health and public services and violent crime.

To all Brazilians I want to tell you the time has arrived. This is our World Cup. 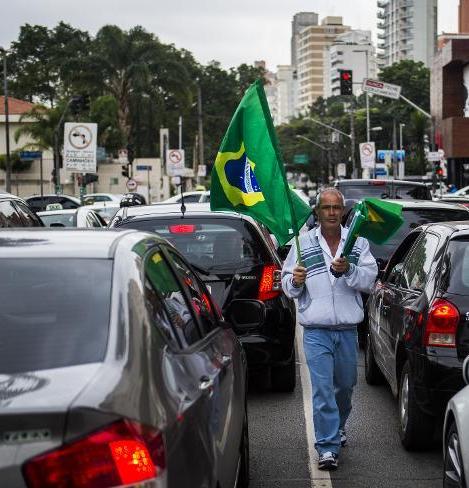