Brazilians cried, cursed and covered their faces in shame after their World Cup dreams were shattered on Tuesday night in a 7-1 thrashing by Germany. After the fifth goal and well before half-time, hundreds of people left their expensive seats at the stadium in the southeastern city of Belo Horizonte. Germany’s margin over the home team was the largest ever in a World Cup semi-final; and it was a record World Cup defeat for Brazil, their first at home in 64 competitive matches since 1975.

I am very sad and disappointed for the way it happened. This was the worst match of our lives. A loss like this will mark the careers of all of us. It leaves a scar that we’ll have to carry for the rest of our lives.

In the bleachers, the tears began well before the final whistle with the third German goal in the first half causing children and adults to start balling and screaming with emotion. A section of the crowd reportedly chanted sexually expletive obscenities against the players and President Dilma Rousseff, who during the cup had mostly enjoyed a reprieve from protests over the record $11 billion spent to host the tournament. Social media lit up as fans of each side tried to make sense of the result.

It’s hard to believe we were 5-0 up so quickly, but I was there, I know what happened. It is obvious to us that we delivered a marvelous performance. We’re not world champions yet. 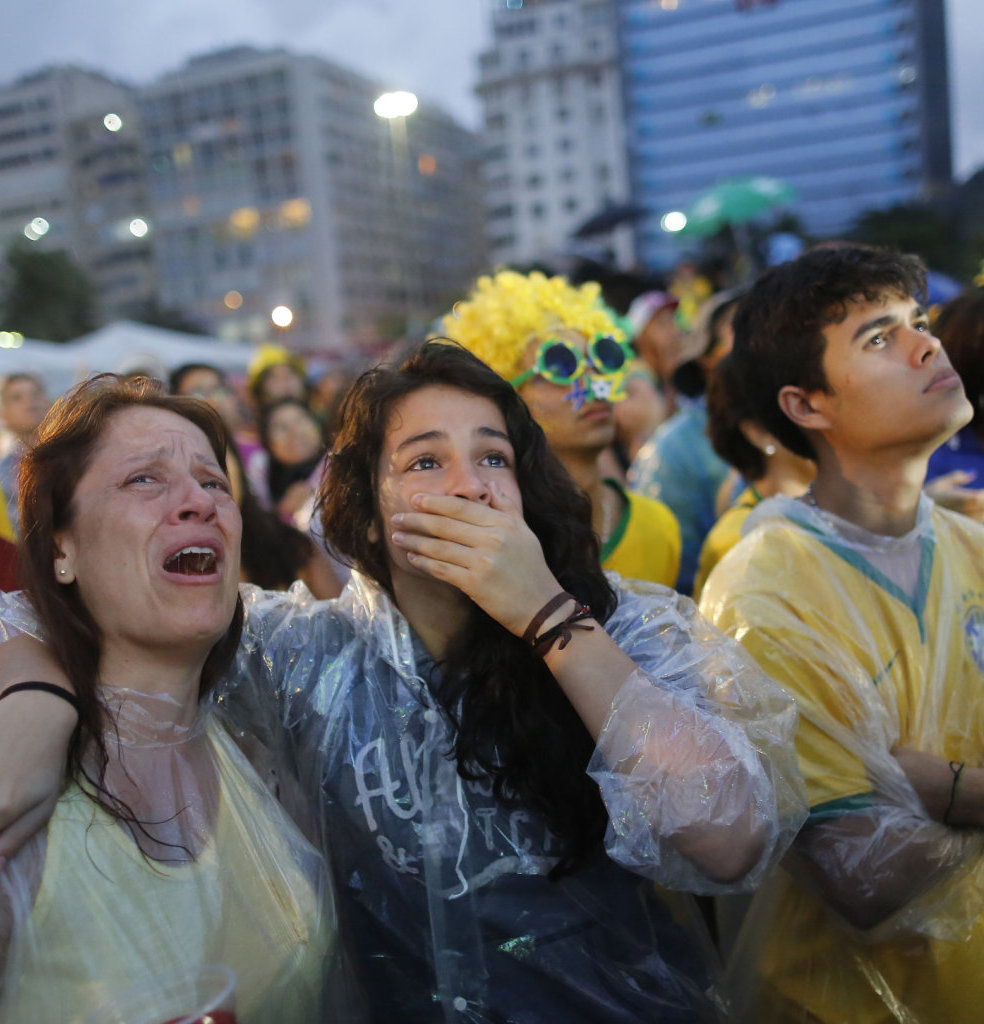