Bündchen’s body speaks: And it tells the supermodel to quit the catwalk

Brazilian supermodel Gisele Bündchen says she will turn her focus to print ad campaigns after next week’s São Paulo Fashion Week, when she will make her final sashay down the catwalk after a two-decade career. In an interview published over the weekend, the 34-year-old said that she’s quitting after her body “asked her to stop.” Bündchen said in the Folha de São Paulo newspaper that she had “learned to listen to her body.”

Automatically my body tells me if what I do is worth it, and it asked to stop. I respect my body. It’s a privilege to be able to stop runway work.

Bündchen emphasized that she is not retiring but will continue off-the-runway work and spend more time with her family. The blond Brazilian beauty, who has already reduced the number of her appearances, is married to New England Patriots star quarterback Tom Brady, with whom she has two young children, Benjamin and Vivian. She has worked with the likes of Chanel, Valentino, Versace, Louis Vuitton, Alexander Wang, Balenciaga and Carolina Herrera. She has also many times been a Victoria’s Secret “Angel.” São Paulo Fashion week, where Bündchen has been a fixture throughout her career, runs April 13-17. 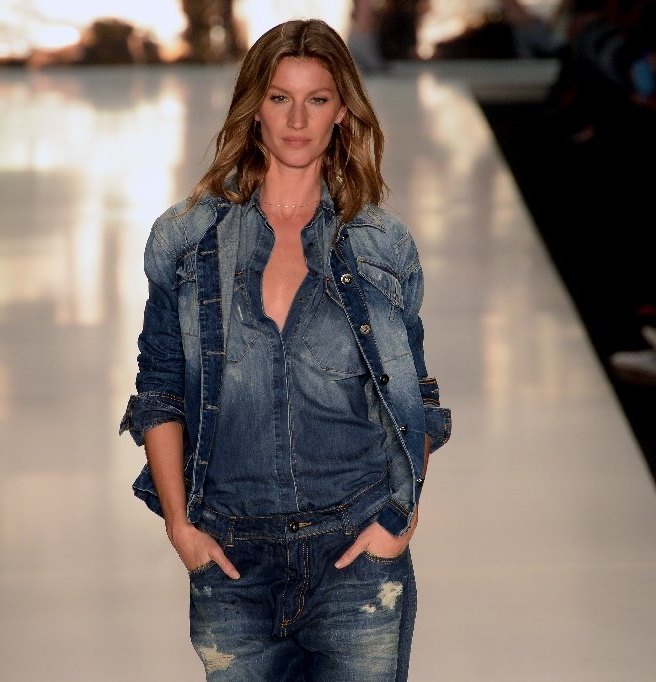