King Digital Entertainment, maker of the popular mobile game Candy Crush Saga, has seen its shares tumble 22 per cent on the New York Stock Exchange. The fall came in after-hours trading, following lower-than-expected half-year results on Tuesday. The company reported revenue of US$594 million for the second quarter ended June 30 compared with US$456 million in the same period last year.

We expect ‘Candy Crush’ will decline, but have a very strong tail and a long tail. We will be launching the ‘Candy Crush’ sister title in Q4, which will give more longevity to that title.

Accordingly, King has reduced its 2014 forecast, but announced a special dividend of US$150 million to appease its shareholders. Gamers have continued to spend less money on the Candy Crush Saga. The company’s other titles, which include Farm Heroes Saga and Bubble Witch Saga, have yet to offset the user losses from Candy Crush. Although the amount of unique users per month has surged to 345 million from 194 million last year, investors fear that unless King delivers other hit games, it may struggle to retain players. 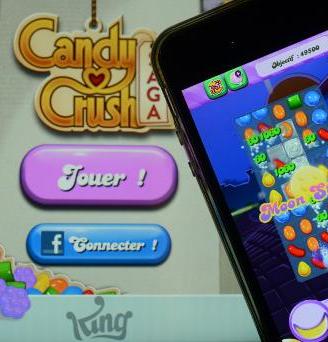