China has executed eight people for “terrorist” attacks in its restive far western region of Xinjiang, including three who “masterminded” a dramatic car crash in the capital’s Tiananmen Square in 2013, state media said. Xinjiang is the traditional home of Muslim Uighurs who speak a Turkic language, and China has attributed attacks there to Islamist separatists it says seek to establish an independent state called East Turkestan. Exiled Uighur groups and human rights activists say the government’s own repressive policies in Xinjiang have provoked unrest, an accusation Beijing denies. Three of the executed group “masterminded” the October 2013 attack in the heart of the Chinese capital, official news agency Xinhua said late on Saturday. Five people were killed and 40 injured in the incident, when a car plowed into a crowd in the square and burst into flames 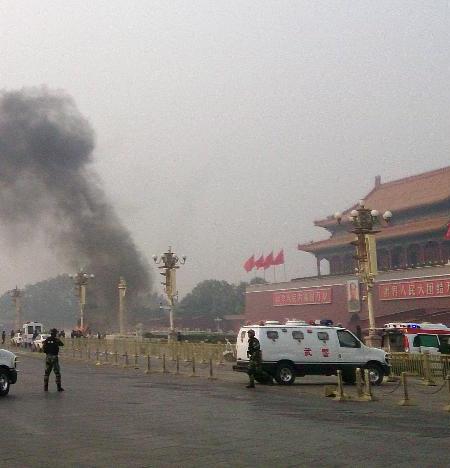