China executed three people on Tuesday for a mass stabbing in Kunming that killed 31 people last year. Iskandar Ehet, Turgun Tohtunyaz and Hasayn Muhammad were put to death for “leading a terrorist organisation and intentional homicide”, the Supreme People’s Court said in a microblog post. China uses both lethal injection and shooting for executions, but the method used this time was not specified.

The defendants did not get a dignified trial and China used this event to incite discrimination against Uighurs.

Dilxat Raxit, a spokesman for the Munich-based World Uyghur Congress

A fourth female attacker, Patigul Tohti, was pregnant at the time of her arrest and was sentenced to life in prison. Beijing blamed the attack on “separatists” from the resource-rich far western Xinjiang region, where at least 200 have died in clashes over the last year. Campaign groups accuse China’s government of cultural and religious repression which they say fuels unrest in Xinjiang. The remote autonomous region, which borders Central Asia, is home to the mostly Muslim Uighur minority. 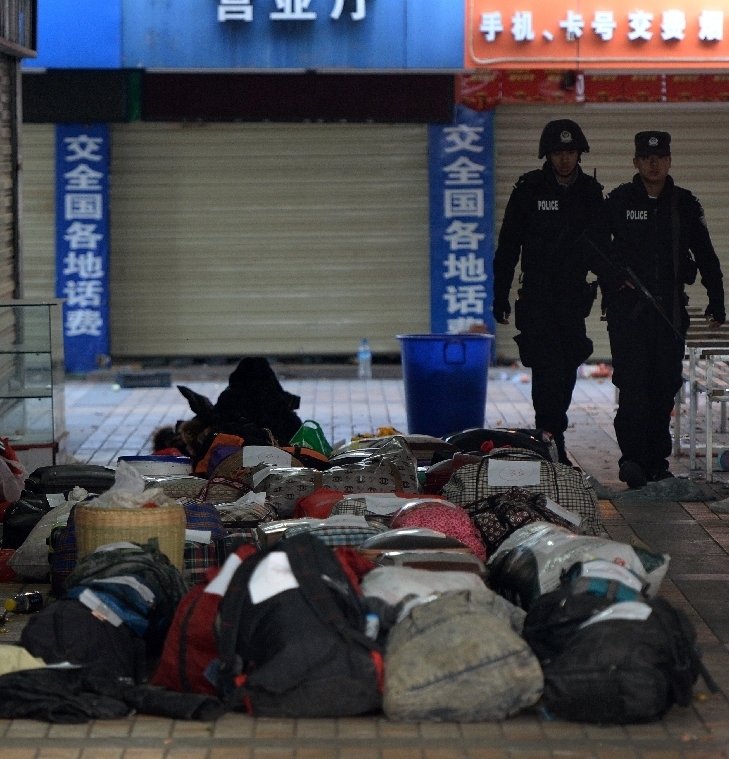